Lovely morning at my cousin’s house. She has a nice view of the ocean and a nice place to hang out. She works from home for IBM so she has a nice office 🙂 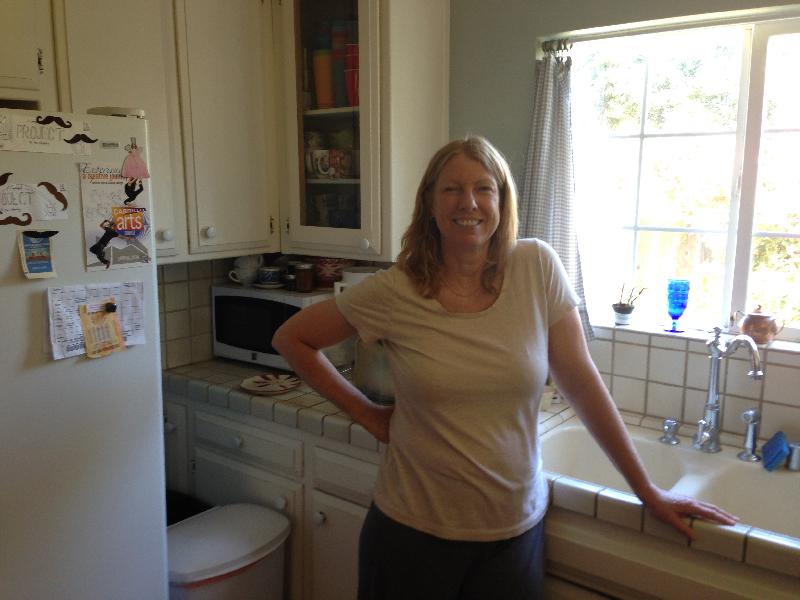 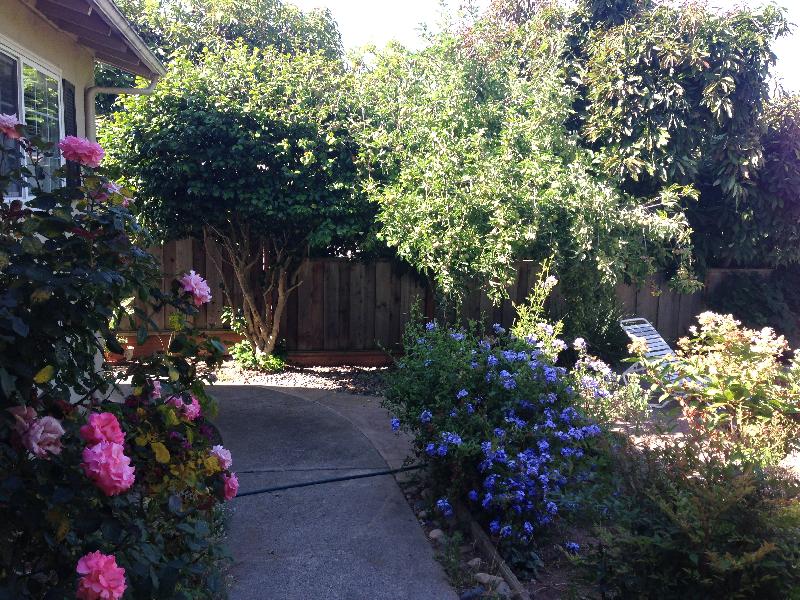 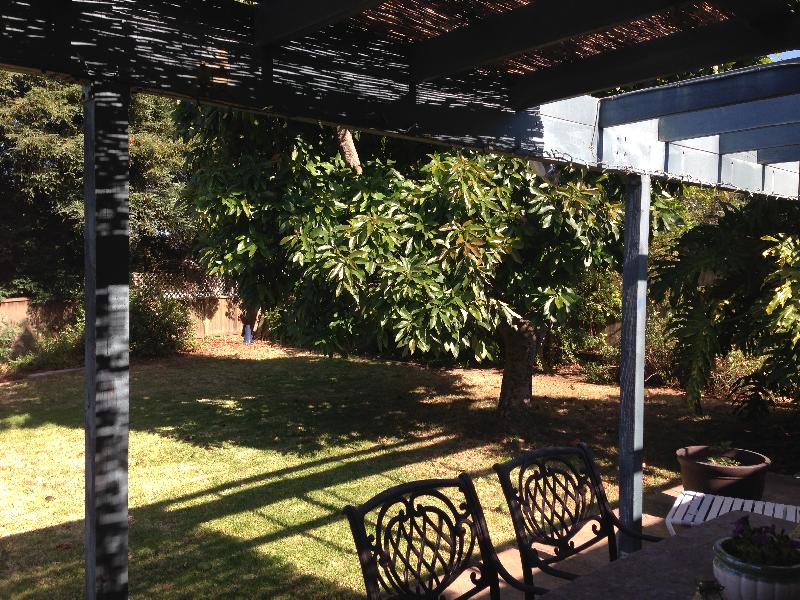 And an Avocado Tree!!! 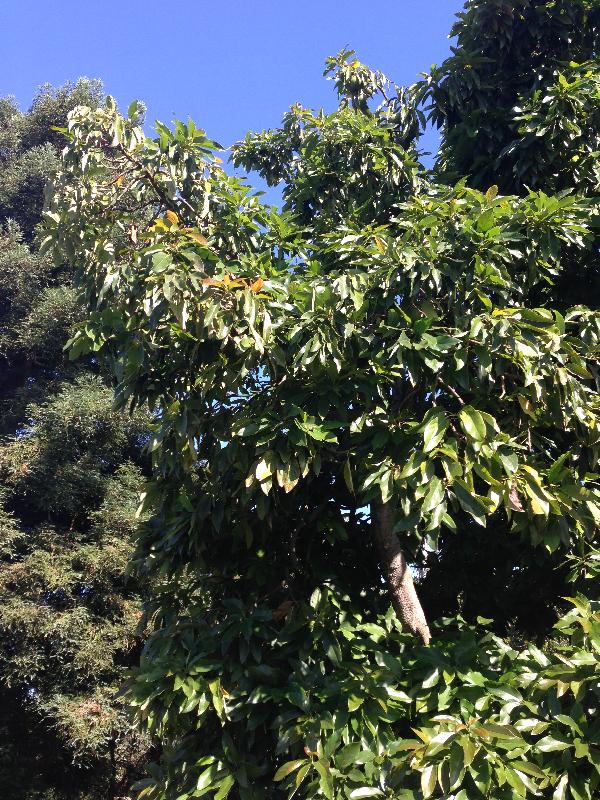 While we were having breakfast, you could hear the occasional ripe Avocado drop off the tree! *whump* Almost as bad as sitting under a coconut tree. 🙂

We got our gear packed up and I snagged a nice hug. 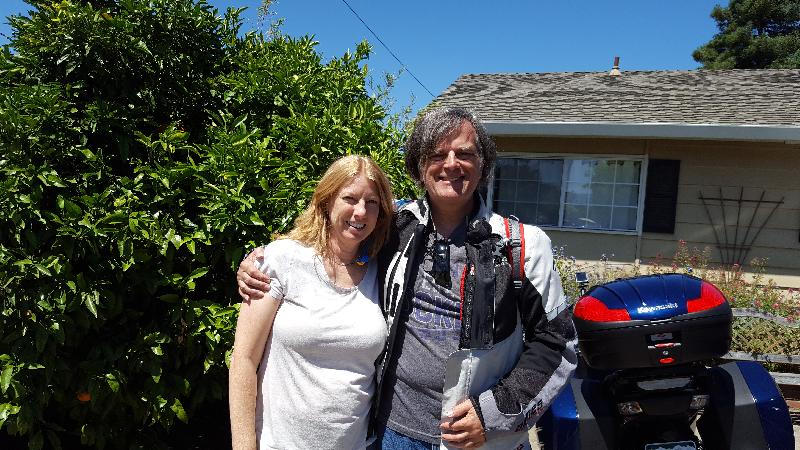 And we were on our way again. This time heading north to Napa Wine country. 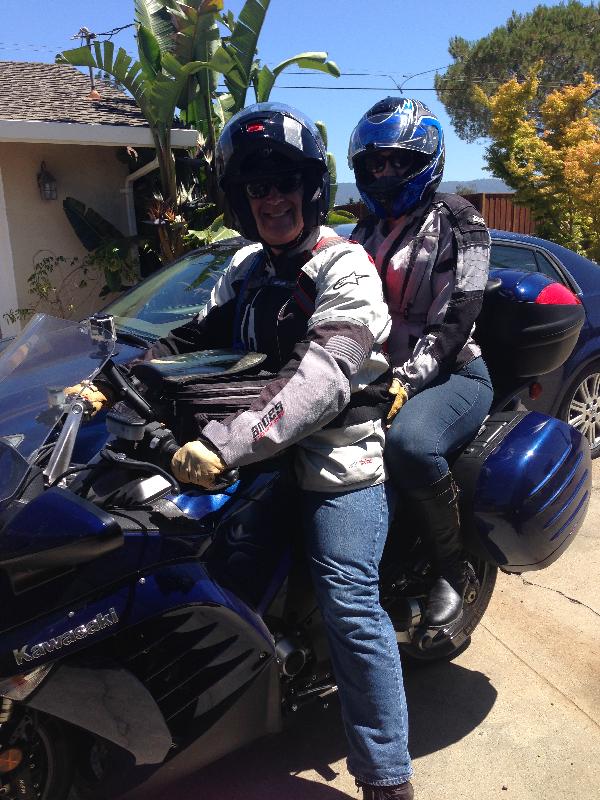 As always, traffic was a bit of a bear. Temps were a little cooler but not by a lot and of course I could filter. At one point I was eyeing a gap and the truck driver in the right lane waved me by. Humorously the guys who live here are a lot more confident and faster so I find myself occasionally moving over for them as well plus every once in a while I go a bit faster than the locals 🙂

Jeanne keeps in touch with home of course to see what’s going on. While at a gas station, she got a call. One of the family friends was leaving work on her Vespa (scooter; with a helmet), she’d stopped at a stop sign out front of work and the next thing she remembers is waking up in the hospital. Her helmet was totaled of course and she had a broken leg. Fortunately this was out front of where she worked and someone from HR saw the whole thing. So she’ll need to have a place to stay for a few weeks so she can have help in getting around.

So drama. Jeanne is of course worried and anxious. “Do you want to head home? We’re close to 80, we can make the right and be home Sunday night?” Jeanne thought about it and while we fretted, she sent a text to her daughter. After a long time, she texted back, “Why?”

So it was just ranting and venting, drama not panic. So per Jeanne, we continued on.

We headed over the Martinez toll bridge. No cash so the lady told us to go ahead and we’ll get a bill. Instead of continuing on 680, I was in the wrong lane and headed on 780 to Vallejo. I spent some time as a youth in Vallejo as my Dad was in the Navy (Mare Island Naval Shipyard) so quick off ramp, loop around, and back to 680. And again, with construction, coming off of 680 to 80, I missed the turn onto 12 so I caught the next road which cut back through to 12. But it was a stop sign and traffic is never ending! I made a right, headed back to 80, off ramp again, loop around construction, back on to 80 and then got off at 12 and headed to Napa. Right turn on 221 and into town. Man, what a nightmare.

As it was getting later and Jeanne wanted to tour about in Napa a little, we checked for a room. Mainly pretty expensive so we started expanding our search a little and found a place in Fairfield. Checking the map and instead of going back to traffic (which was freaking nuts), we headed up the mountain to Wooden Valley Road and down the other side to Fairfield. We’d passed a few wine tasting places so after dropping off our gear, we headed out for a little taste of the grape.

Jeanne was a little bit buzzed at the end, around 8pm, so we hopped on the bike and headed out to get something to eat. One of the local guys we were chatting with suggested ‘Sticky Rice’ as a pretty good place for food so we noted the directions and off we go. And yet again got a bit turned around and was heading up 80 in the wrong direction. 🙂 It took a bit to locate the next place we could turn around but we finally did make the turn and headed back to where we got on 80 and located the restaurant (it was the road just before the entrance to 80). Nice place and the food was pretty good. We sat out back and checked out the lake.