As a tl;dr post, this will be even more of a highlight of the process of building the gaming table 🙂

Several years back, I was testing a new wood working tool and created a quick and dirty gaming table. Bigger than a dining room table and less likely to require a moving stuff for dinner 🙂 As time progressed, I added a felt top to it, fixed the base (from an ‘X’ to a square base), added a rim for more support, and painted it. I used it for RPG gaming and board gaming. It was big enough to hold all the expansions for Arkham Horror 🙂 It was a little off in height though. Just a touch too tall for a dining room chair but a touch too short for bar stools.

As time goes by though, I wanted to make a better table. A bit more sturdy. But a bit more portable, or at least transportable. I’d been looking at tables for years of one sort or another from the extremely expensive ones at $20,000 down to the home built one. At the local gaming shop, they had a board game demo table. About 3′ on a side but two of the sides had a deep tray for things like bags of dice and a center cup holder for a dice cup maybe or a cup of something to drink. Inspiring.

I whipped out my pen and paper and started measuring things to make a table. I liked the deep tray (or trough) and size but I needed a larger table for bigger games. I had other ideas as well and eventually got them written down.

Four 3’x3′ modules with a corner and troughs for each side and section. 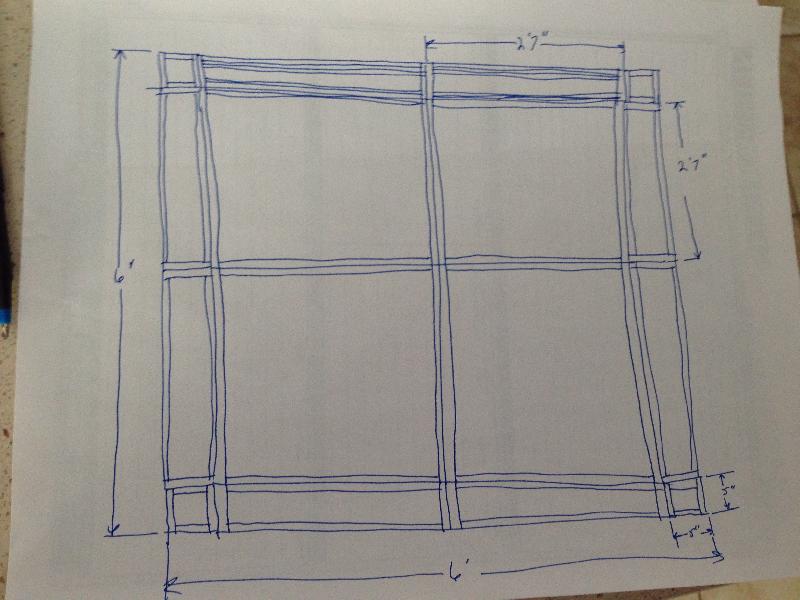 The lip on the left shows where I wanted to put the edge of a book or clipboard and after some thought, I added a slot for a support piece. 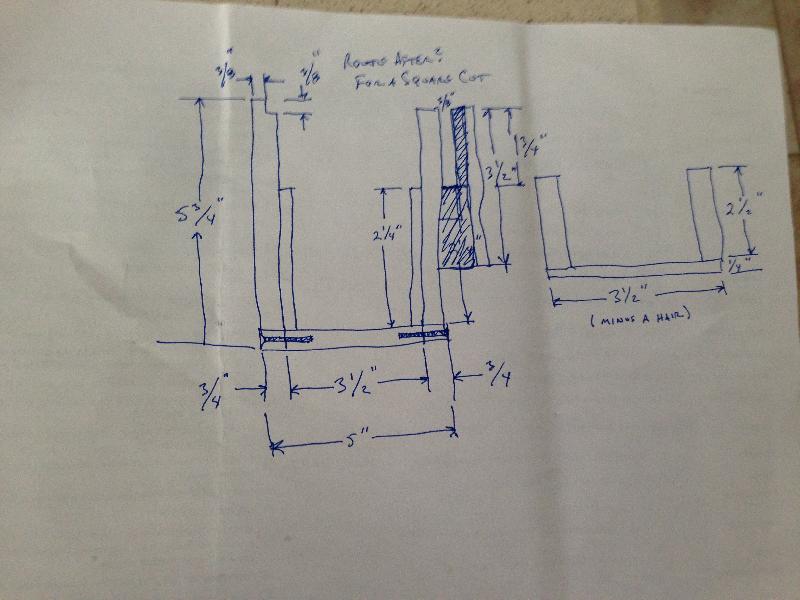 I decided to go with a hardwood since people will be leaning on the troughs and picked out Poplar in part because of the softer texture of the wood over Oak (and it’s a bit cheaper). 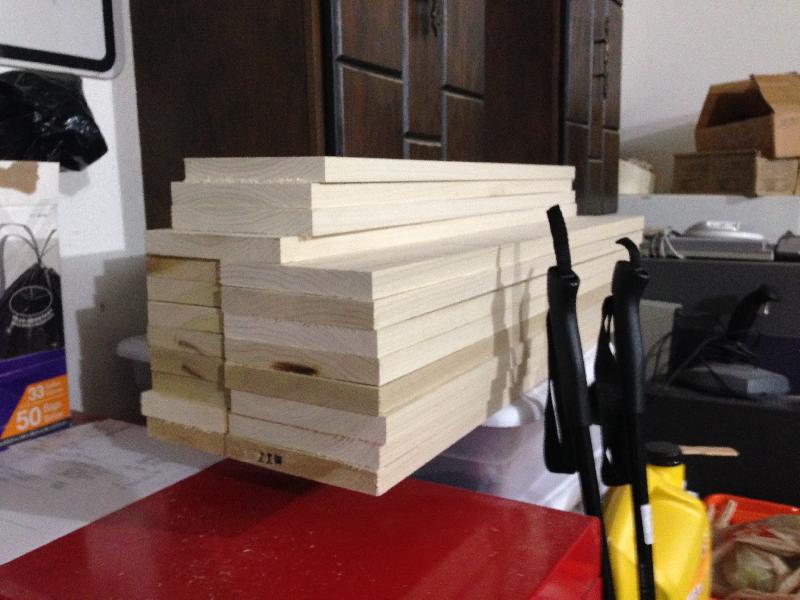 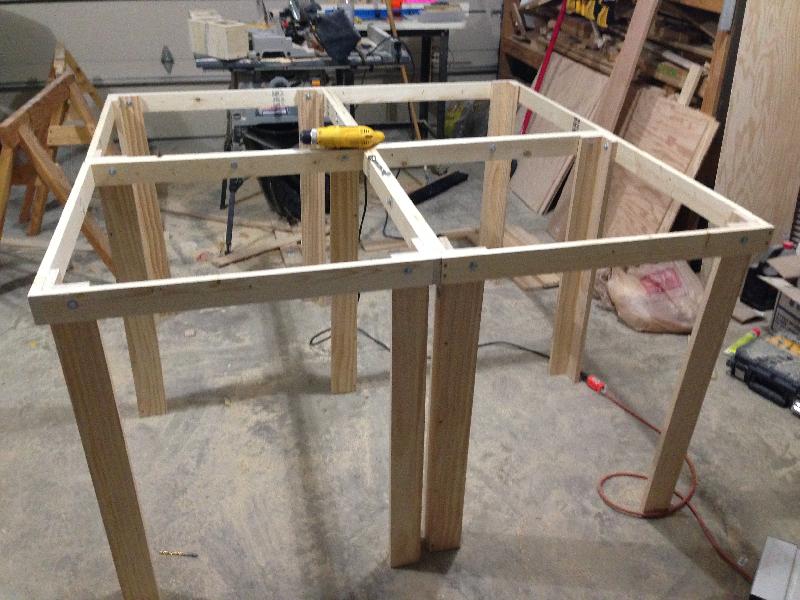 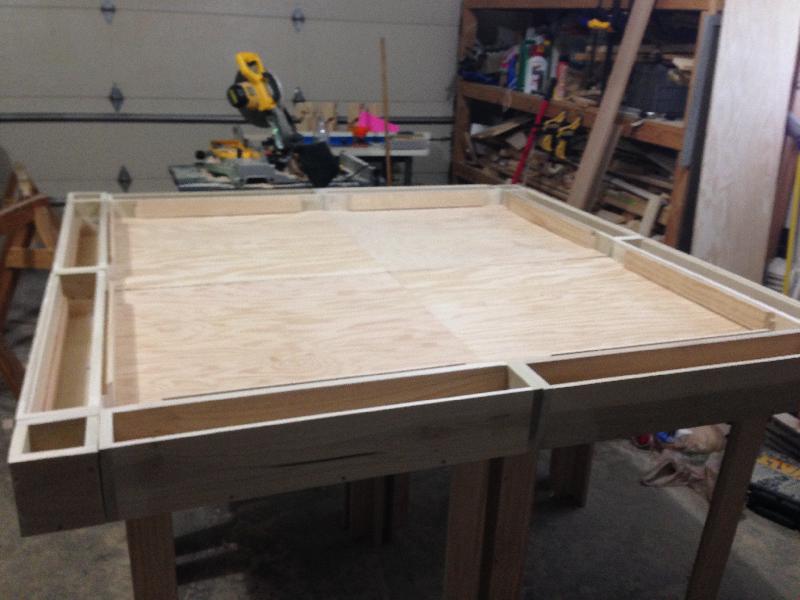 I used a wood dye vs a stain and selected a darker Cherry. After the stain, I covered it with shellac 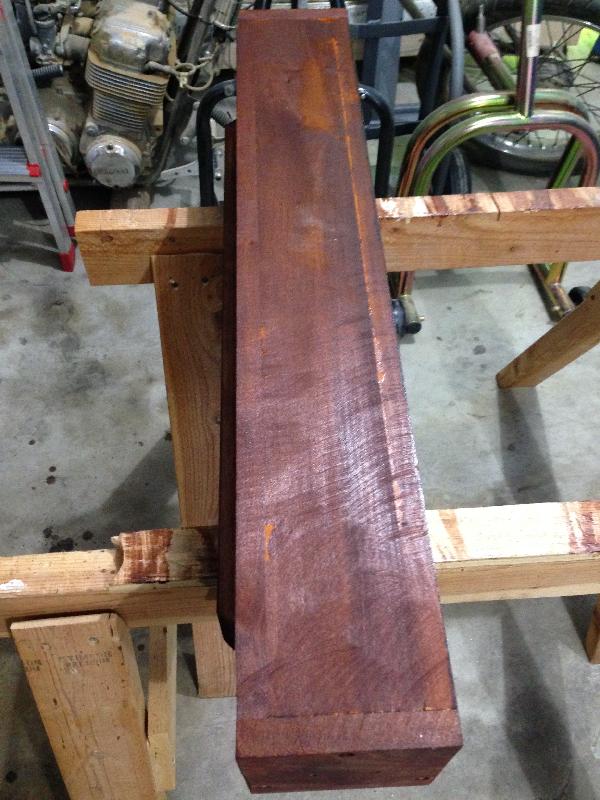 Finally I coated it all with lacquer 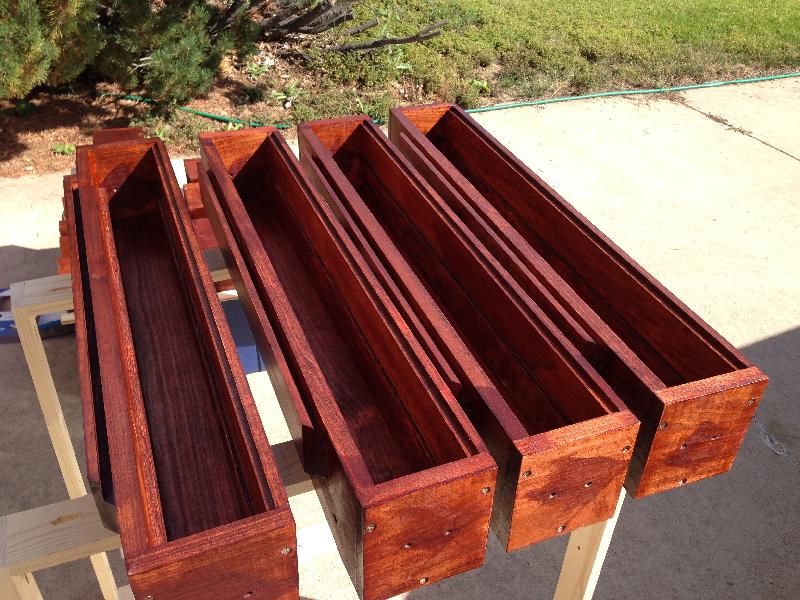 For the table tops, I selected a grey felt and used some wood glue to mount the felt 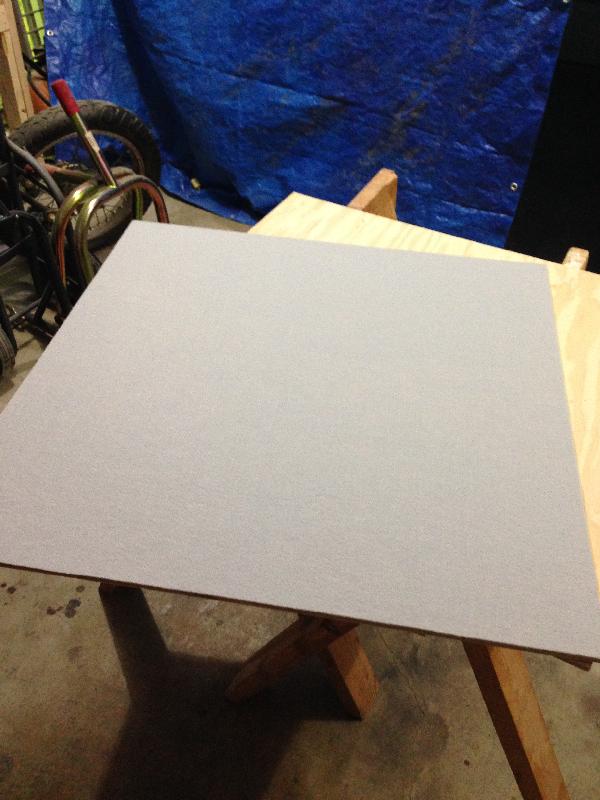 Once everything was dry, Jeanne and I brought it all into the basement and started assembling it. This should look familiar 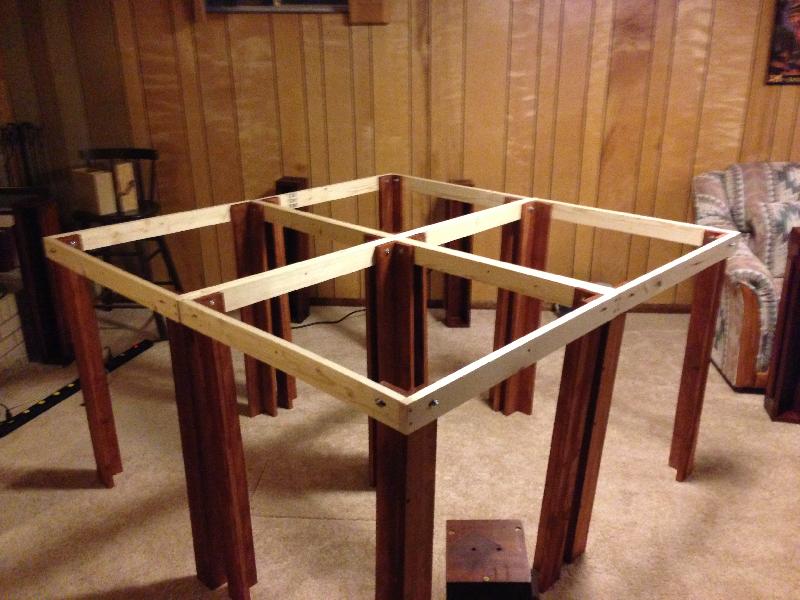 We mounted the two opposite sides loosely so they leaned out a little and slid the tops under the slots. When tightened, nothing should move. 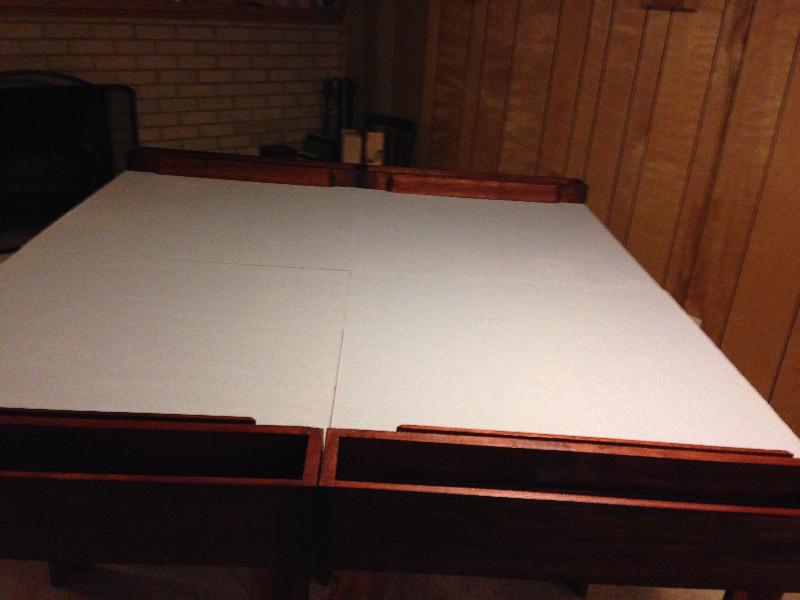 Jeanne was an excellent helper 🙂 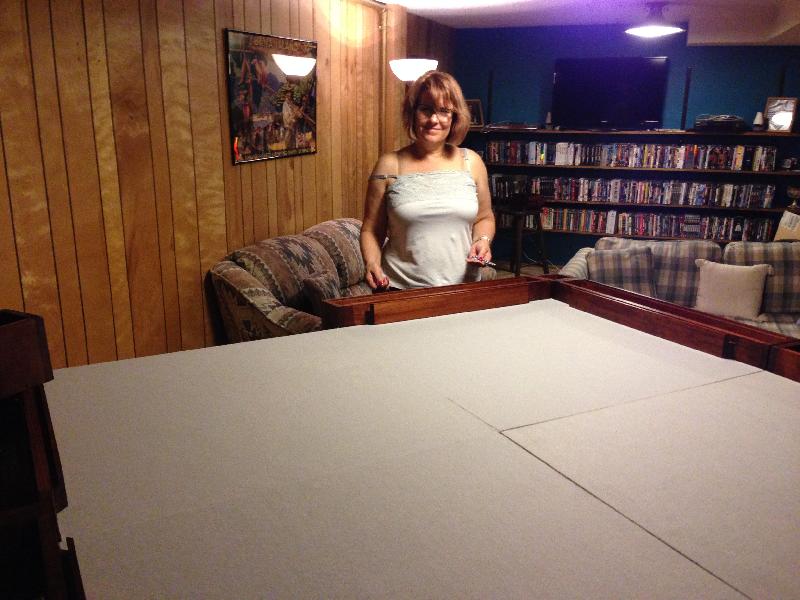 And the table assembled. I made the dice towers as well. 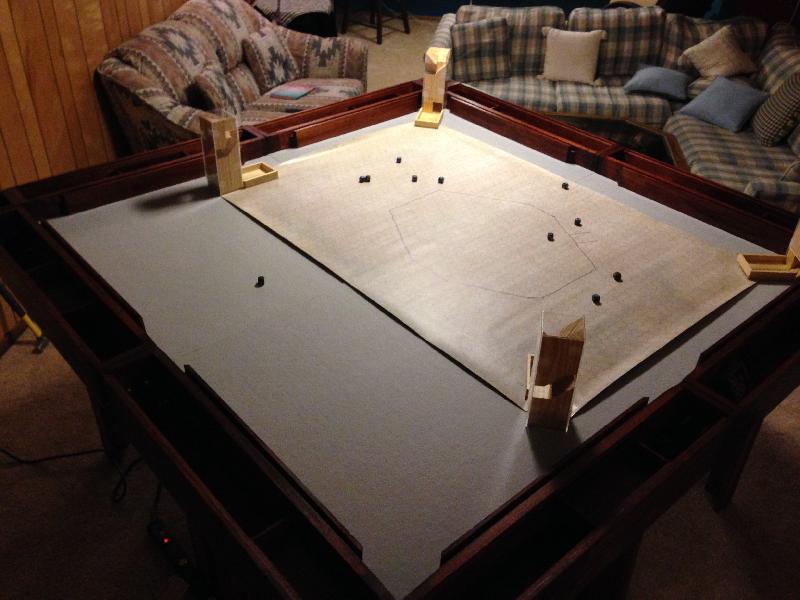 One of the things I wanted were trays in the troughs. I added a couple of pieces of plywood as a base to the trays (runners). 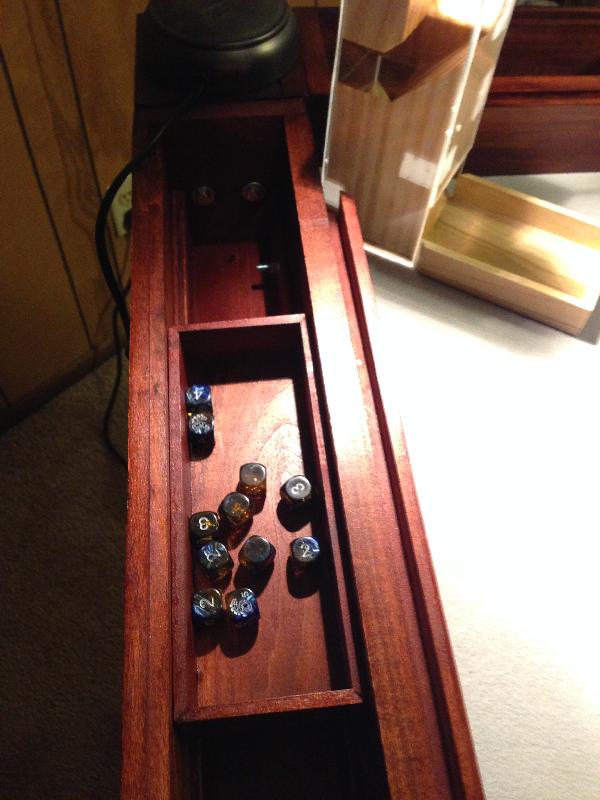 As you can see, you put a support into the slot, either vertically or horizontally, and it supports a clipboard 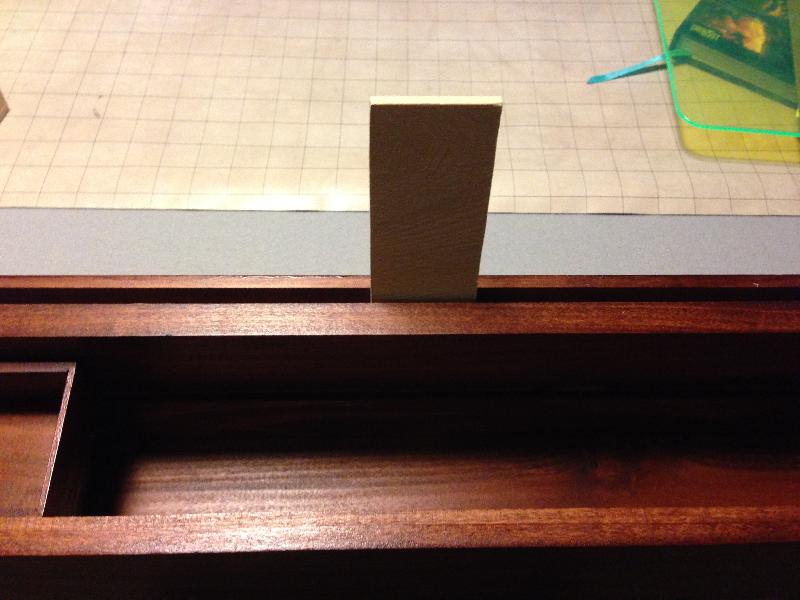 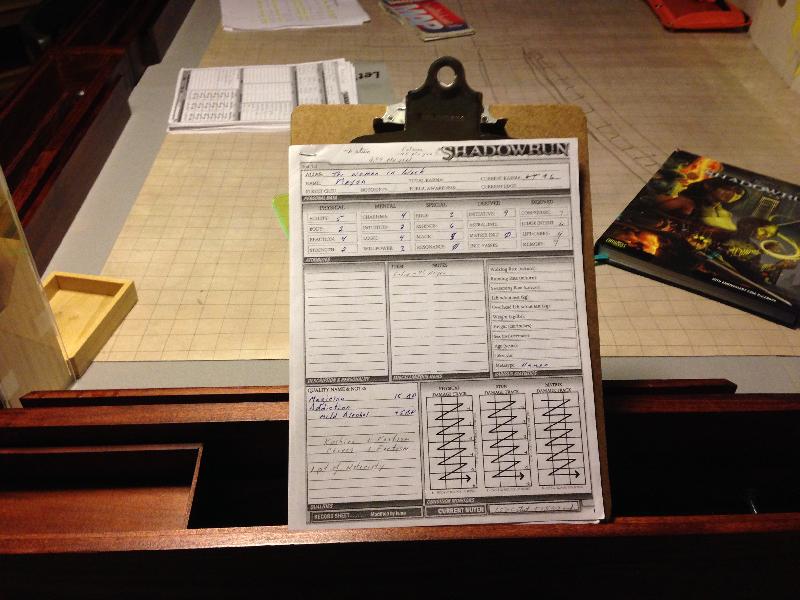 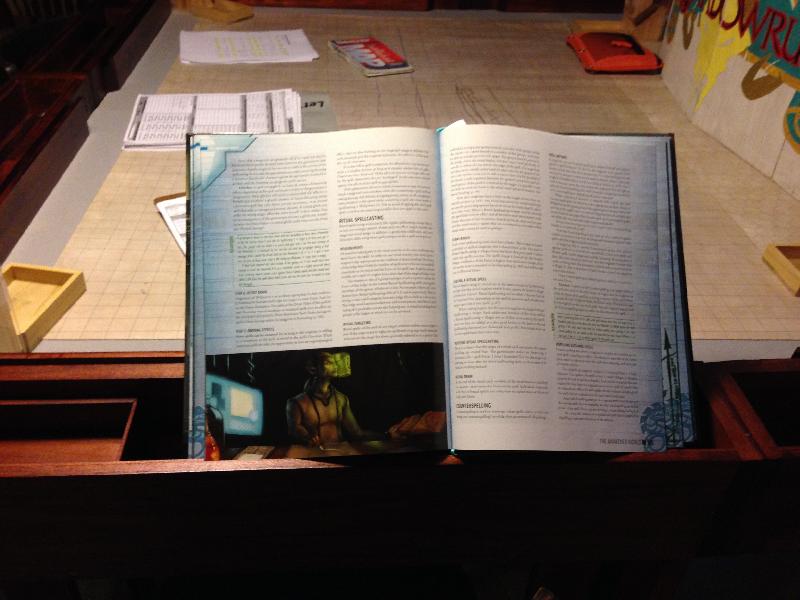 Ready for Shadowrun in this case. 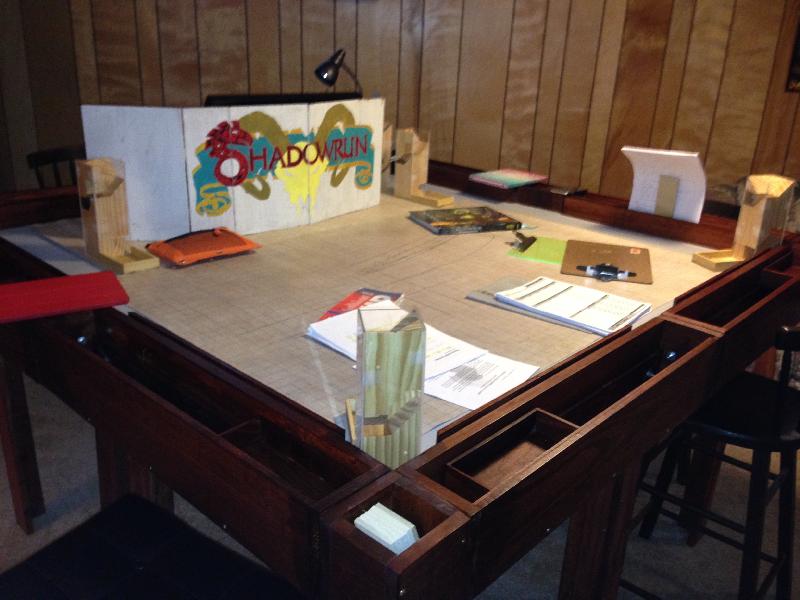 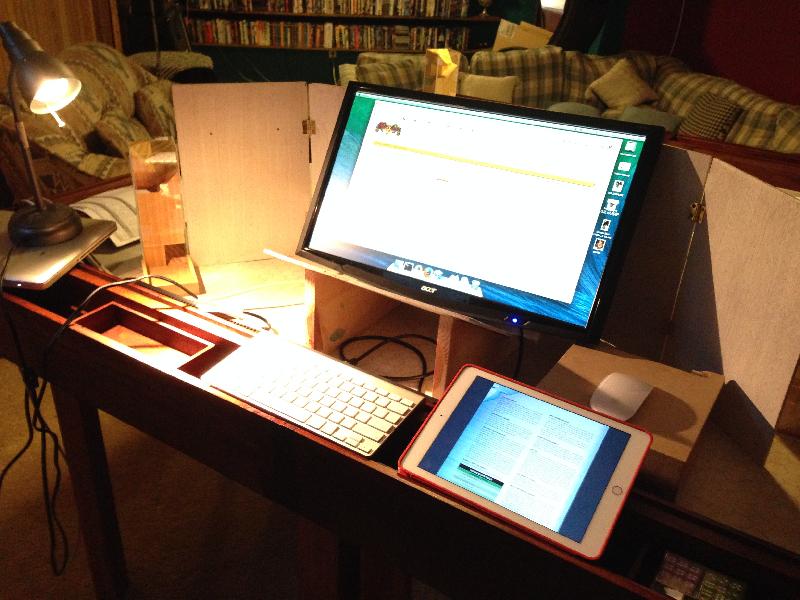 And of course, the slots work well for holding cards 😀 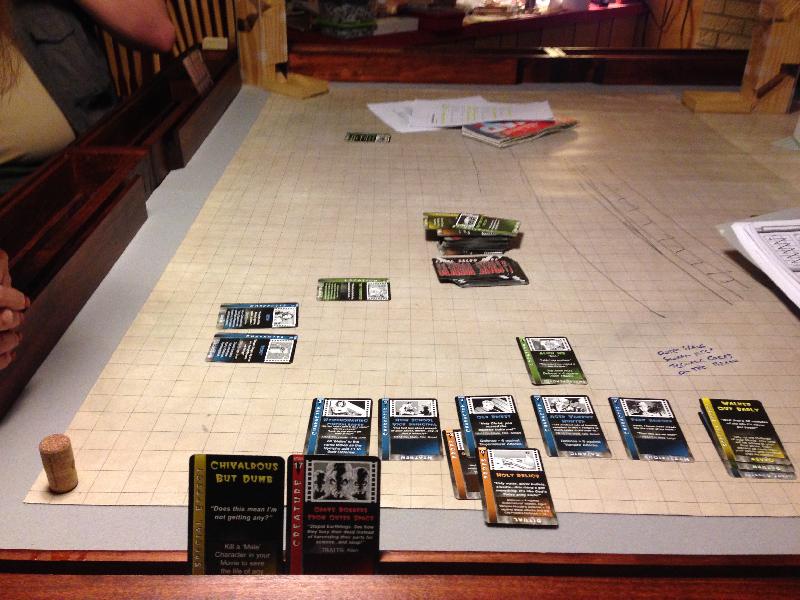 I have more bits to add but the core of the table is done.

This entry was posted in Game Table, Woodworking. Bookmark the permalink.

One Response to Building a New Gaming Table