I’ve spent the past week moving boxes from the garage into the new house. Mainly into the new Library/Guest Bedroom, Studio/Media Room, and Game Room. Part of this was getting shelves in place and boxes stashed where appropriate. Part was unpacking boxes and putting books and games on shelves. And of course, assembling the gaming table. The table itself is actually a four 3’x3′ module but due to the space taken by the couch, only two squares were assembled. It works pretty well as a board gaming table though.

For your viewing pleasure, here’s the Game Room: 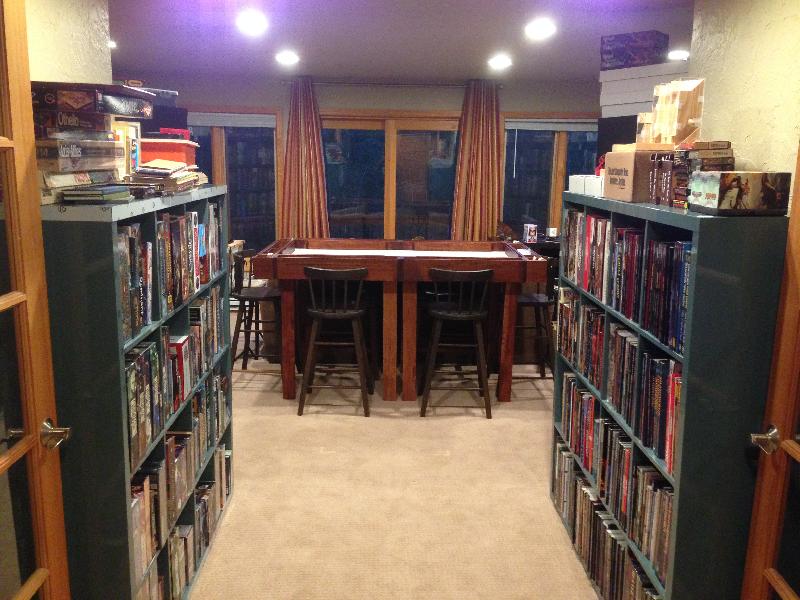 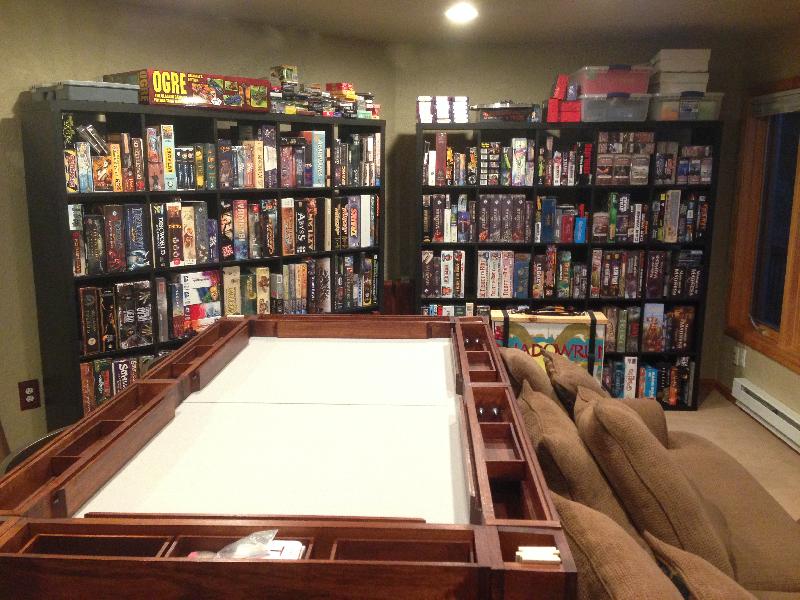 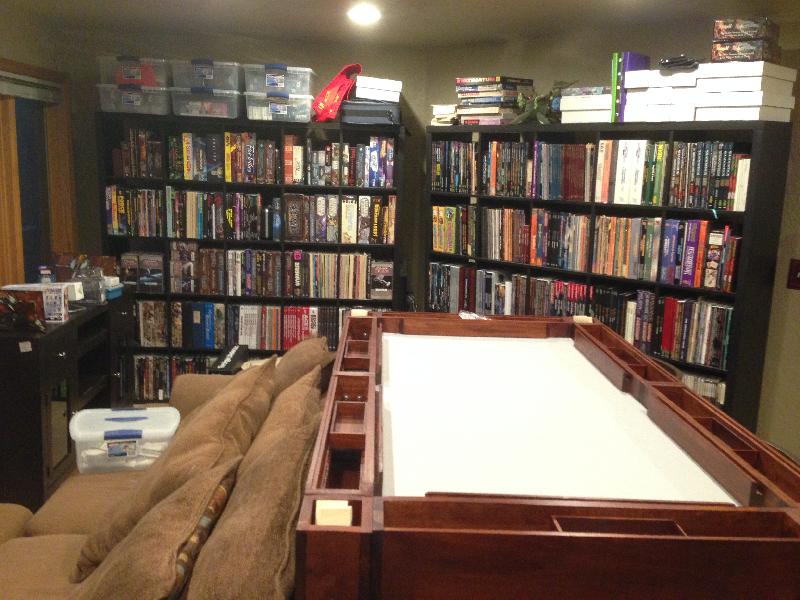 As these were taken in the dark, here’s a pic from the original sale site: 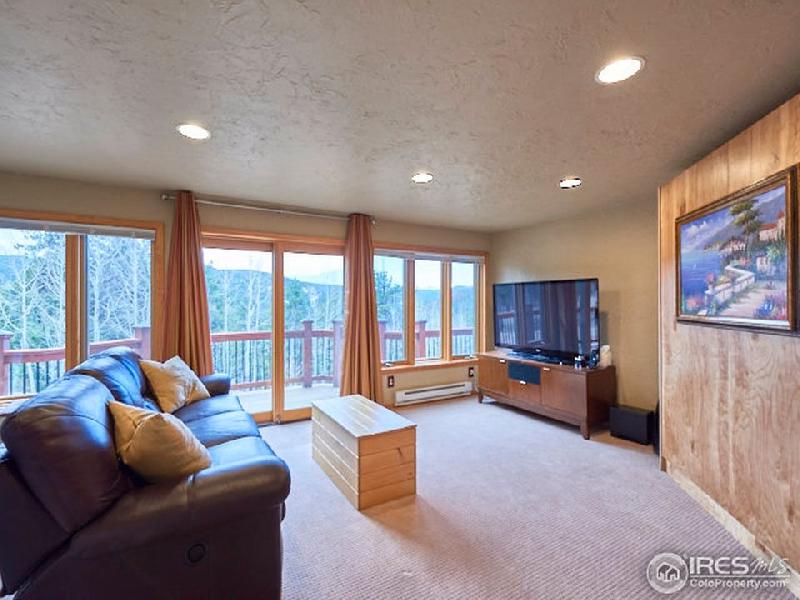 And another one with a bit of precipitation 🙂 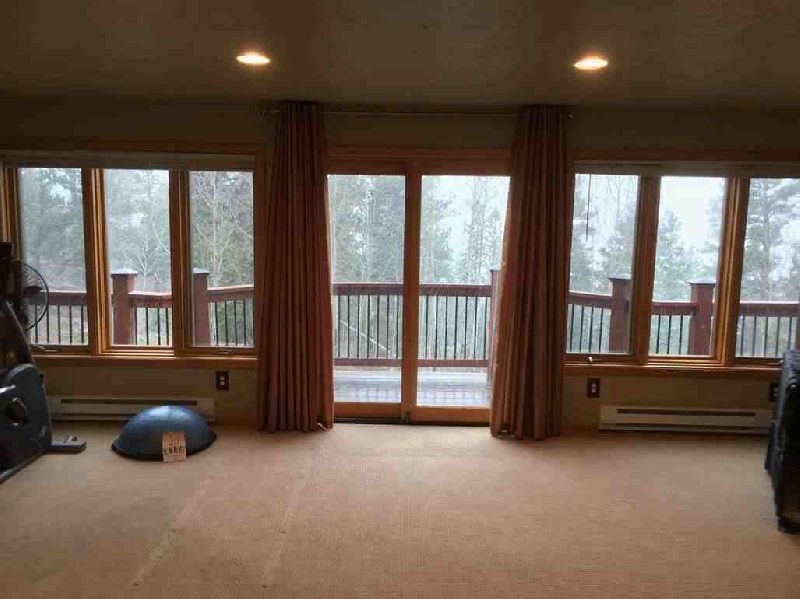 This entry was posted in Gaming. Bookmark the permalink.