It’s that time again. It’s a year later and there have been quite a few changes in the Homelab. With the release of VMware 7, I needed to replace my servers with something a bit more current. I repurposed one of the R710’s as a KVM server and replaced the others with Dell R720XD servers. As a note, I’m less a hardware/network guy and more an OS and now Kubernetes guy. 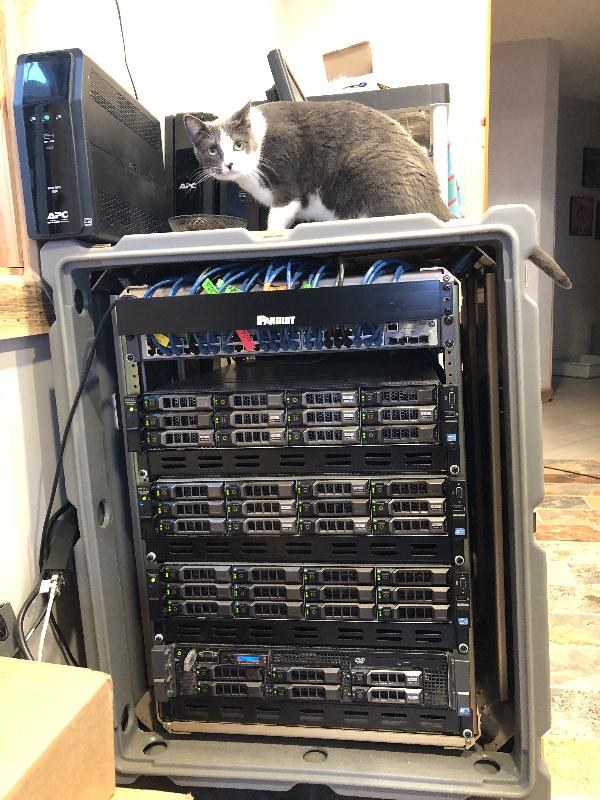 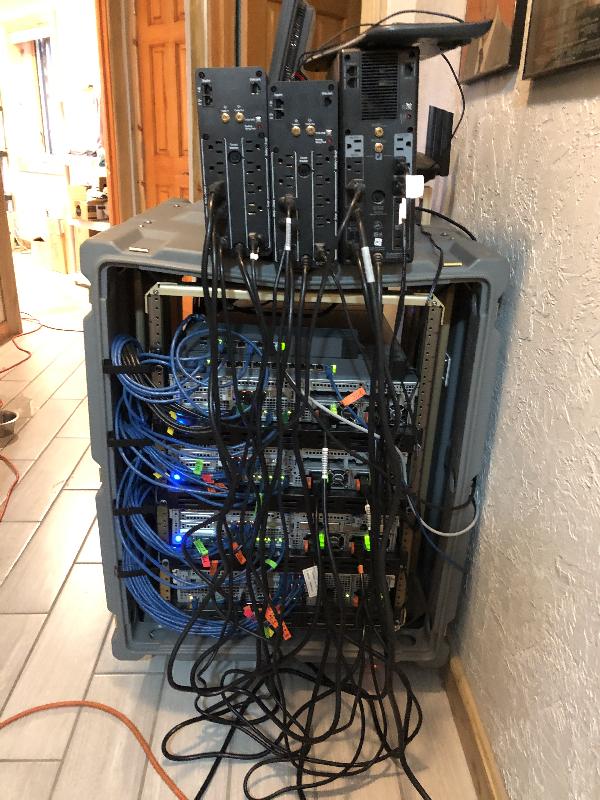 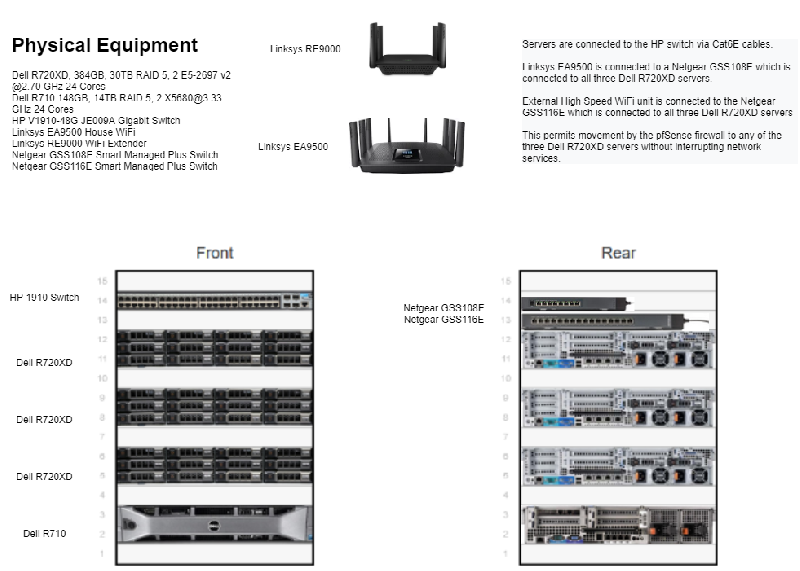 I bought the VMware package from VMUG so I have license keys for a bunch of stuff. vCenter is limited to 6 CPUs. Still trying to figure out Distributed Switches. Each time I try, it fails and I have to rebuild the cluster.

Most of what I’m doing fits into two categories. Personal stuff and a duplication of work stuff in order to improve my skills.

I have about 150 virtual machines as of the last time I checked plus another 100 for test builds on the KVM sandbox server. Most of my VMs are CentOS or Red Hat since I work in a Red Hat shop, and a few Ubuntu, a SUSE, one Solaris, one OpenBSD, and a couple of Windows workstations. I’m going to set up a Windows server for my DBA wife.

This consists of 12 servers.

My wife is a DBA so I have a few database servers up, partly for her and partly for my use.

The KVM server (Nikodemus) is more for Terraform testing. I’ve rebuilt my work server environment (just the OS part) and am currently rebuilding my various home environments to really dig into Infrastructure as Code. This is generally about 100 VMs depending on which environment I’m building.

Of course, this isn’t an exhaustive list of the VMs I’m running. I’m constantly spinning up VMs for testing purposes. Some stay up, some are shut down after I’m done mucking with it.

And what would it be without seeing my workstation. In this picture, the center monitor is currently switched to my work laptop, the Mac on the desk. I just switch between monitor inputs to see my work or home system. 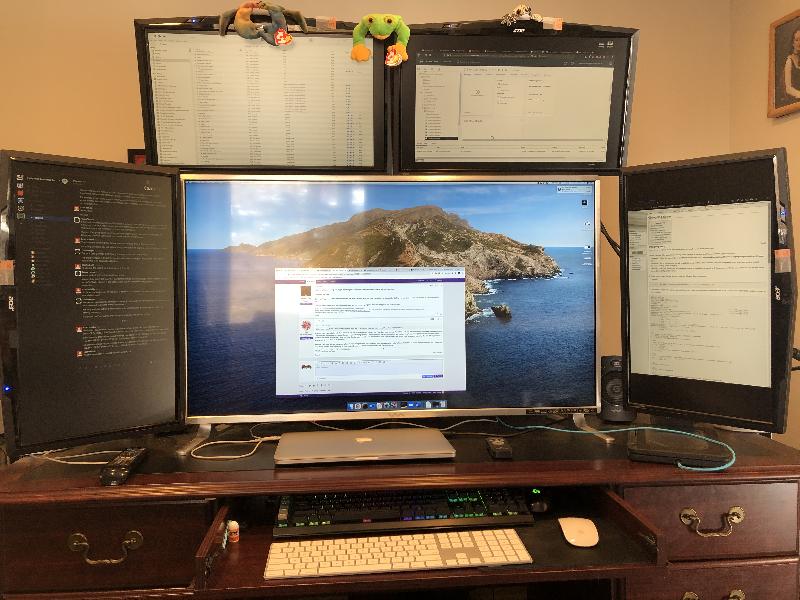 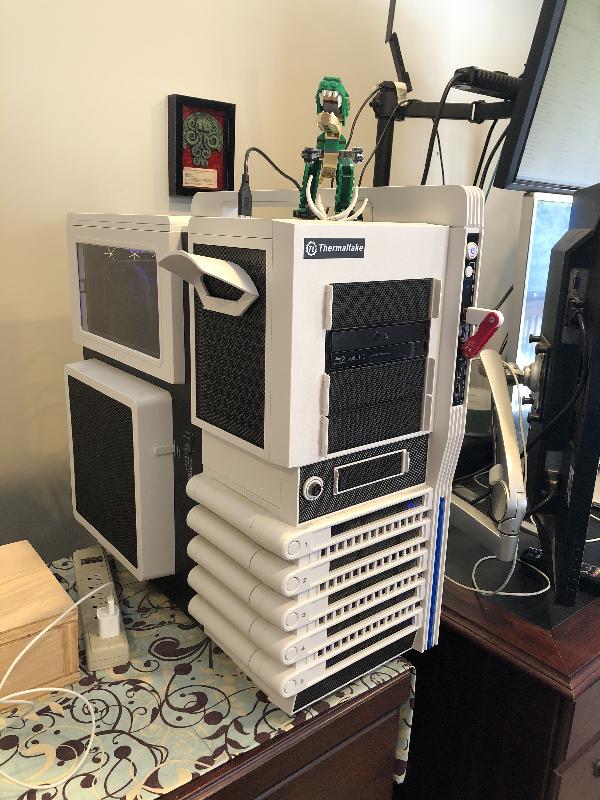 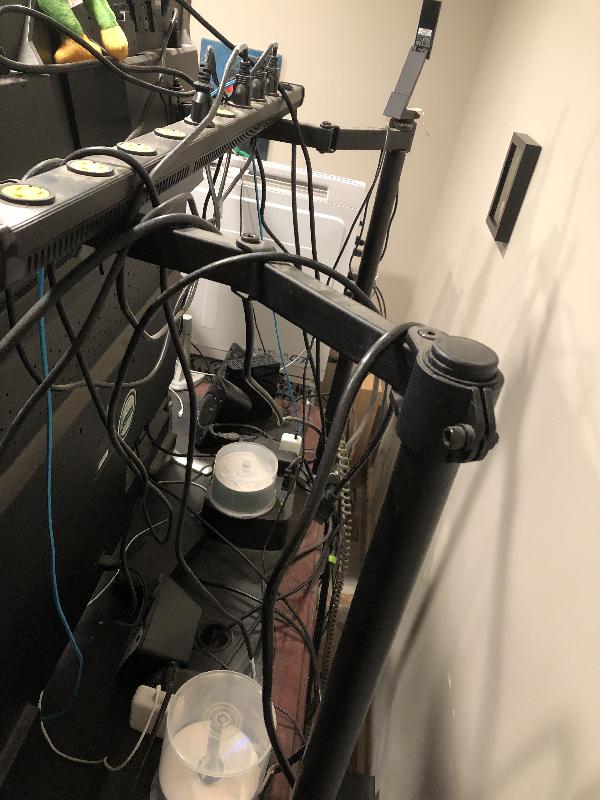 I will note that I’m 64 and have been mucking about with computers for about 40 years now. I have several expired and active certifications. 3Com 3Wizard, Sun System and Network Admin, Cisco CCNA and CCNP, Red Hat RHCSA, and most recently a CKA, CKAD, and Amazon Certified Cloud Practitioner. 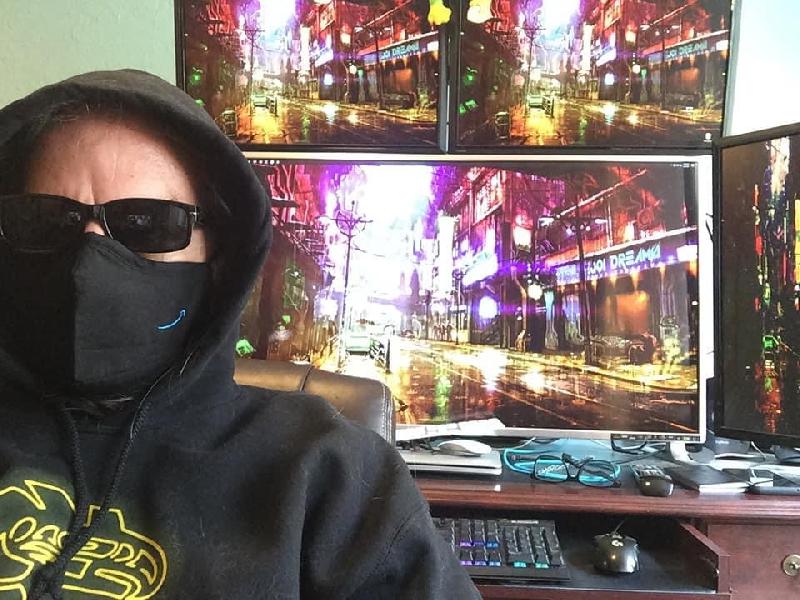 This entry was posted in Computers and tagged homelab. Bookmark the permalink.