This is more of a redo of the game room into a game library type post. I generally do a COMC as an end of year review so none of the extra information that’s typically added.

In this case the old game room had the Kallax shelves against the walls leaving space in the middle of the room for a table and chairs so my wife and I could play a game now and then. Last year though we bought a really big dining room table (8 seater) and we’ve been gaming up in the dining room instead of the game room. 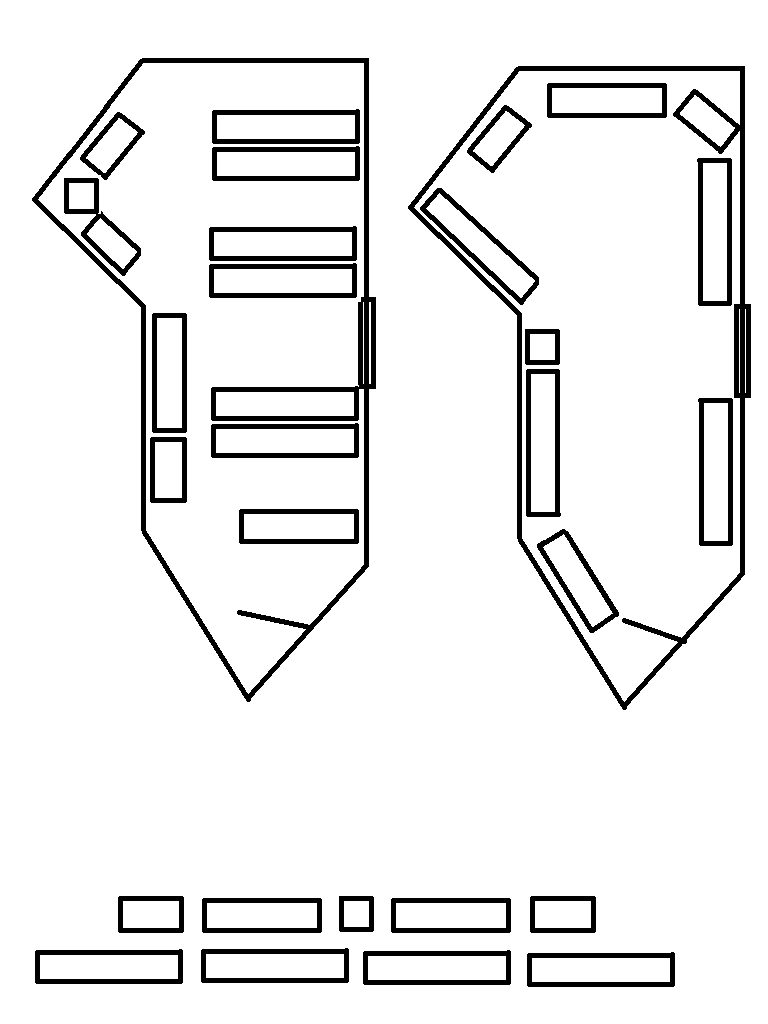 Last week I whipped up a room layout with the existing Kallax shelves so I could move them around on the drawing and see if things would fit in the way I desired. I currently have 4 5×5 shelves, 2 4×4 shelves, 3 2×4 shelves, 2 2×2 shelves and 5 1×4 shelves.

My wife was a great help in moving things and had a few suggestions for the move and for the final layout. I originally had the two 4×4 shelves at the front of the room but because of the angle of the wall, some of the games would be inaccessible and the door wouldn’t be able to be fully opened. We moved the single 4×4 back enough to let the door shut and put the second 4×4 against the wall as you can see. 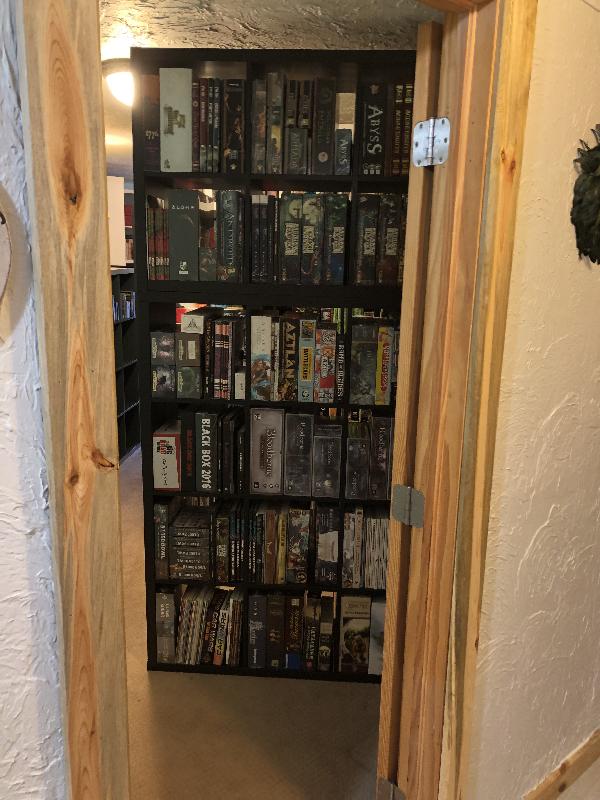 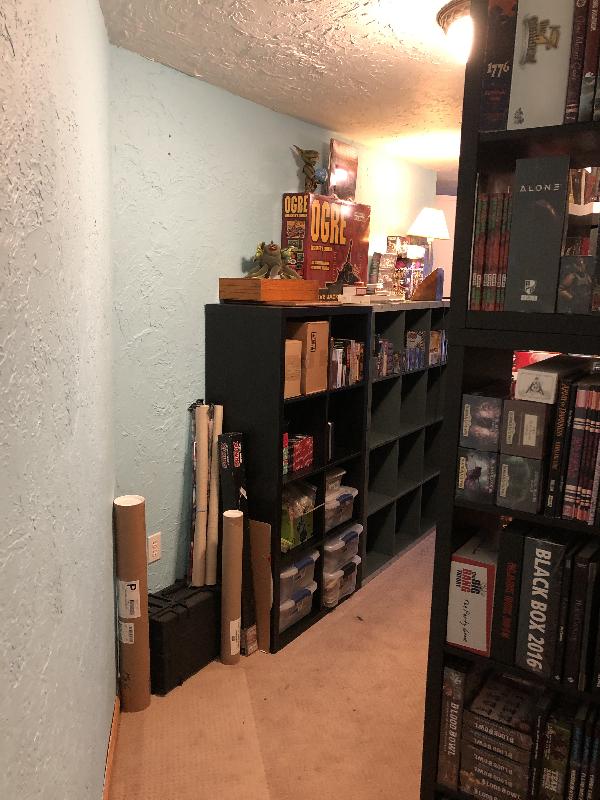 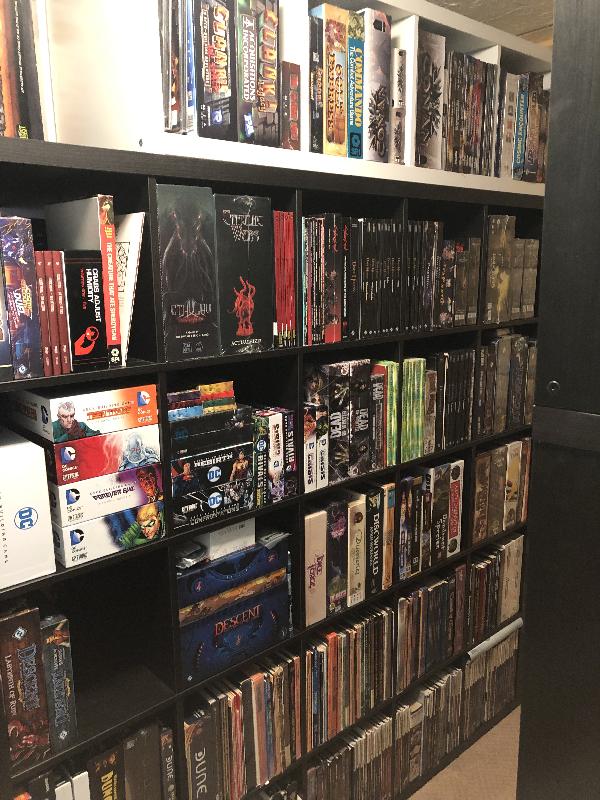 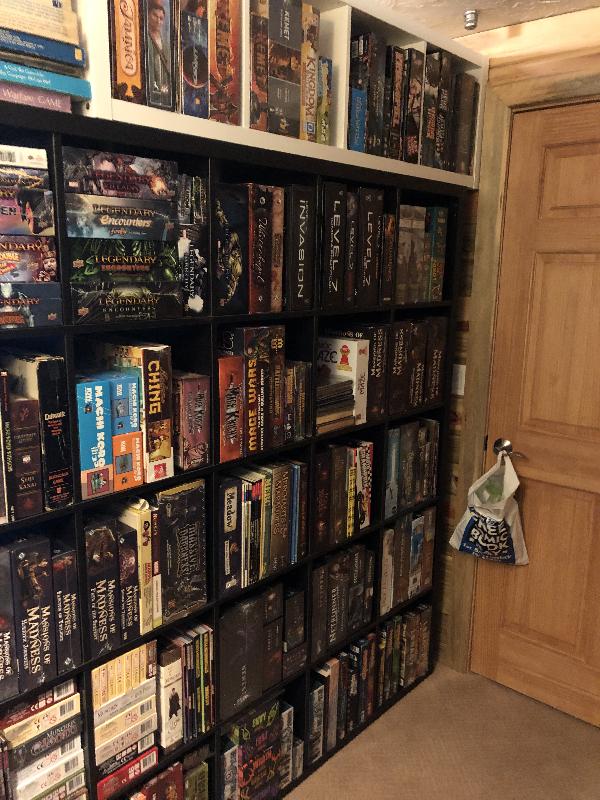 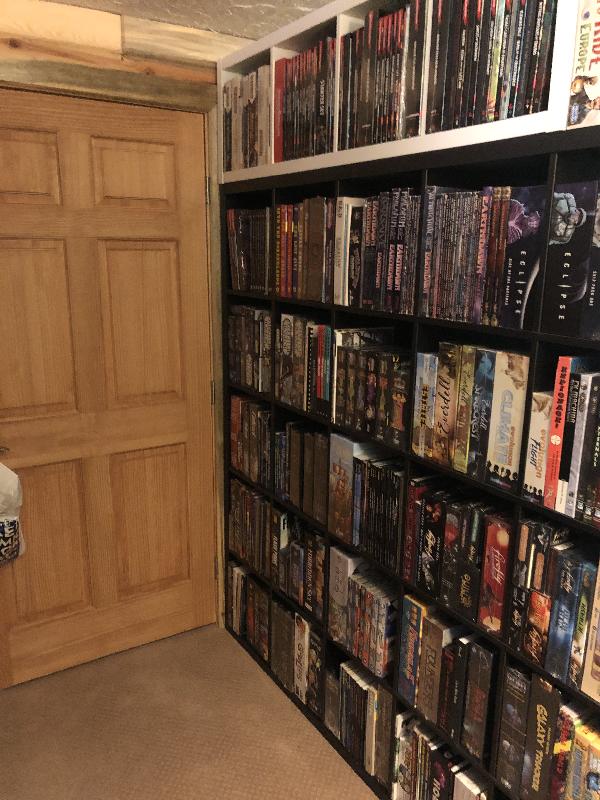 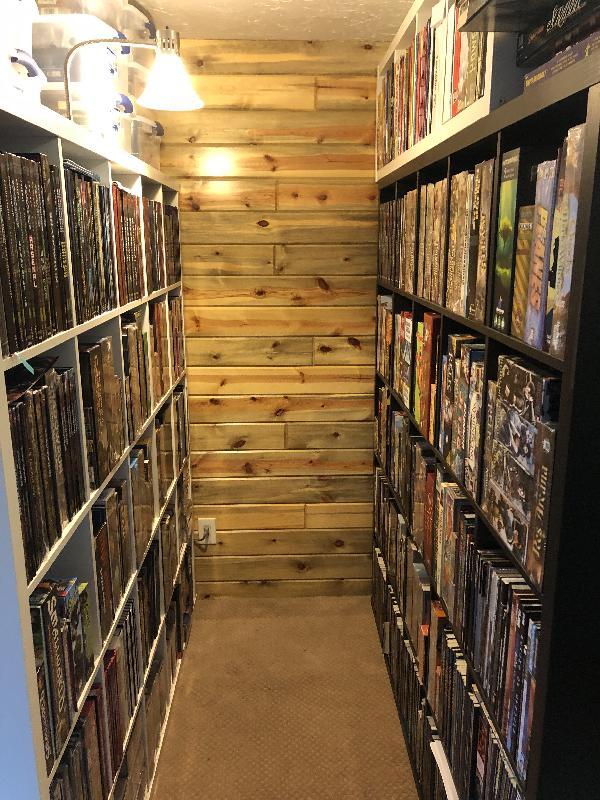 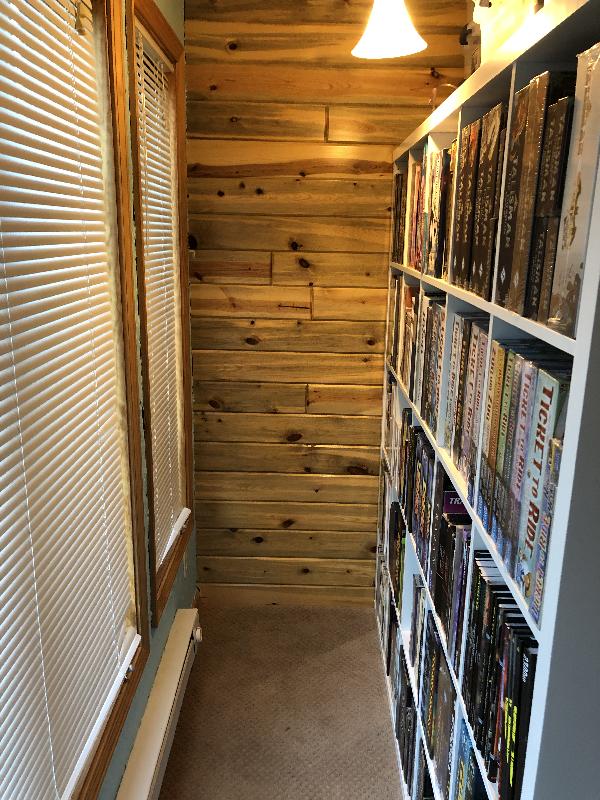 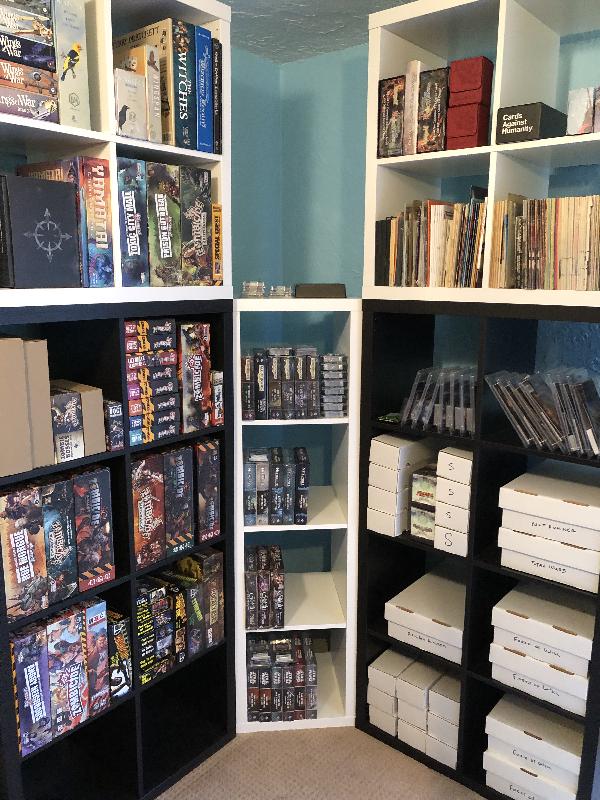 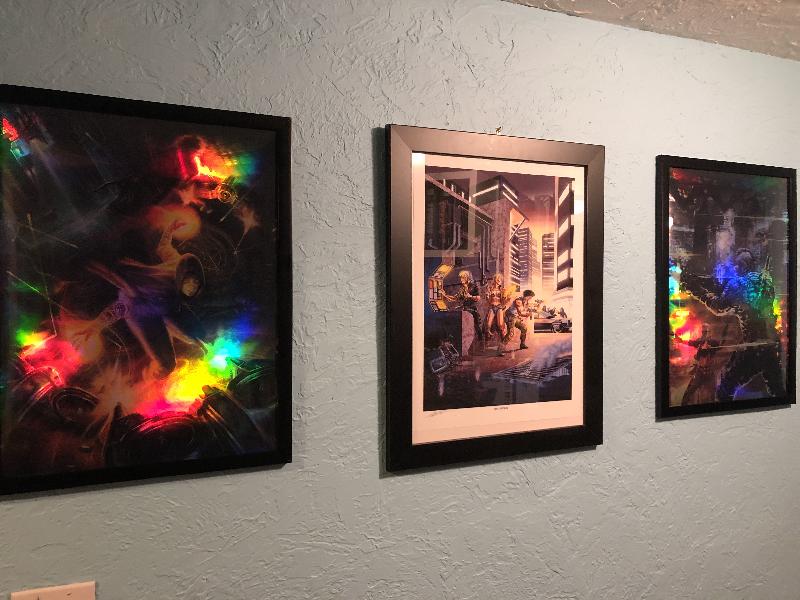 The pictures progress from the hallway, a view of the first shelf. Then the side wall shelf followed by the shelves all the way to the back. Then the last shelves to the left. I also was able to put up a few of my posters. I have tons more but I’m a Shadowrun geek so it’s Shadowrun 🙂

My wife’s main question, “are the new shelves enough space to hold the next 5 years of games?” 😀

My final intention for this year’s End of Year Review is a video review discussing my 50 years of gaming, pointing out specific games, and generally providing a bit more targeted information.

And all the pictures are over here if you want to see larger versions.

Gameroom Pictures
This entry was posted in Gaming. Bookmark the permalink.