I let Jeanne sleep in a little while I threw on my gear and zipped back down to Piercy. 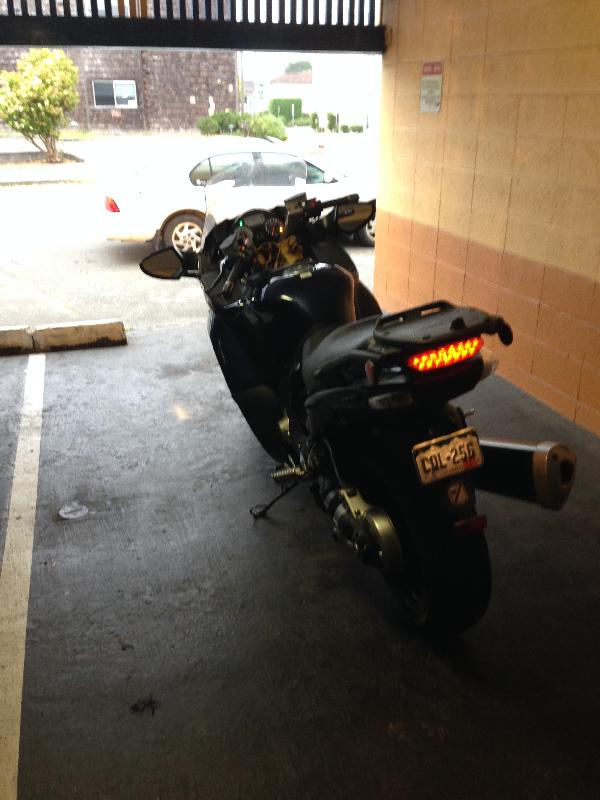 Nice hour ride down to the Patriot gas station. When I got there the lady didn’t know what I was talking about so she started hunting around the counter, drawers, etc looking for the card and wasn’t able to find it. She called the guy who was on yesterday and she still couldn’t find it. He came over from his place and hunted around as well until finding it over under the cigarettes. The guy was a bit grumpy though, I guess he didn’t want to wake up and come back to work 🙂 I did thank the guy profusely though. Turns out per the lady cards are supposed to be dropped into the safe. The guy held it until the end of the shift but some of the counter folks will drop it into the safe immediately. The problem is the safe can’t be opened until Monday. That would have been a problem. But problem averted, I filled up, made sure the card was in my wallet (and was super careful every time after that 🙂 ), snagged a soda and some donuts and headed back to Eureka.

I’d told Jeanne several times that I do like to ride and that if she wanted me to stop to just tap me and we’ll stop. We did that a couple of times but not as many as I expected. Anyway we snagged breakfast at a Denny’s and scooted on out heading to Coos Bay Oregon.

Upon reaching the coast again, we pulled over to check out a beach. There were some conservationists at the entrance to the beach. 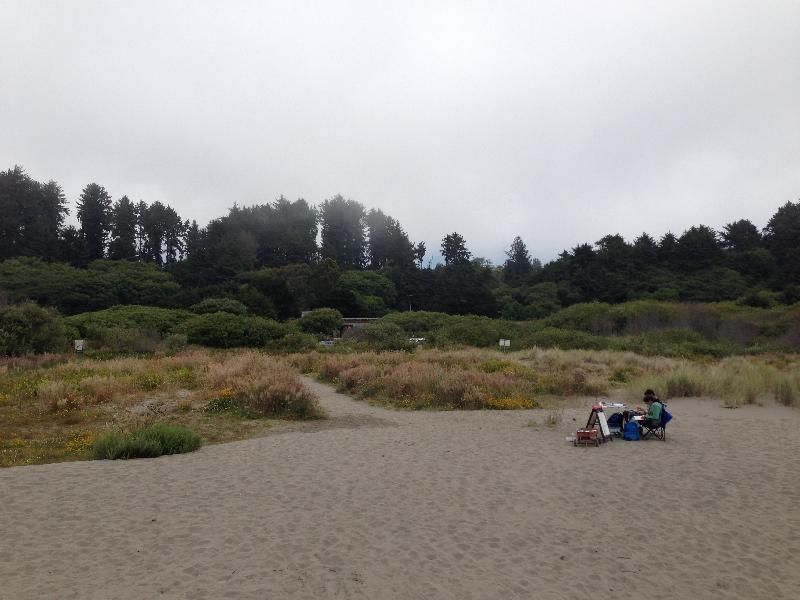 It’s been somewhat chilly and foggy but not crazy cold. We were planning on stopping at the Redwood National Park. There are several Redwood State Parks like the one yesterday including the ‘Avenue of Giants’ which was the original road up to Eureka (and bloody slow going in part due to the sun in my eyes at every turn). In this case it’s the National one 🙂 At one point Jeanne did tap me as we passed a meadow where there were a bunch of cars parked (the road ran back to the trees so there were parked in the dirt next to the road). I took the next turn into an ancient parking lot. As I went over one of the speed humps, the bike scraped bottom! We zipped back to the meadow and while Jeanne snapped a few pics, I checked the underside of the bike. 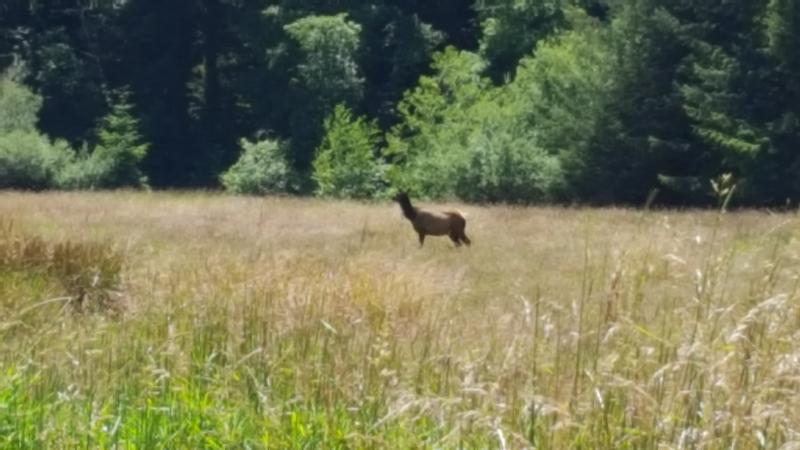 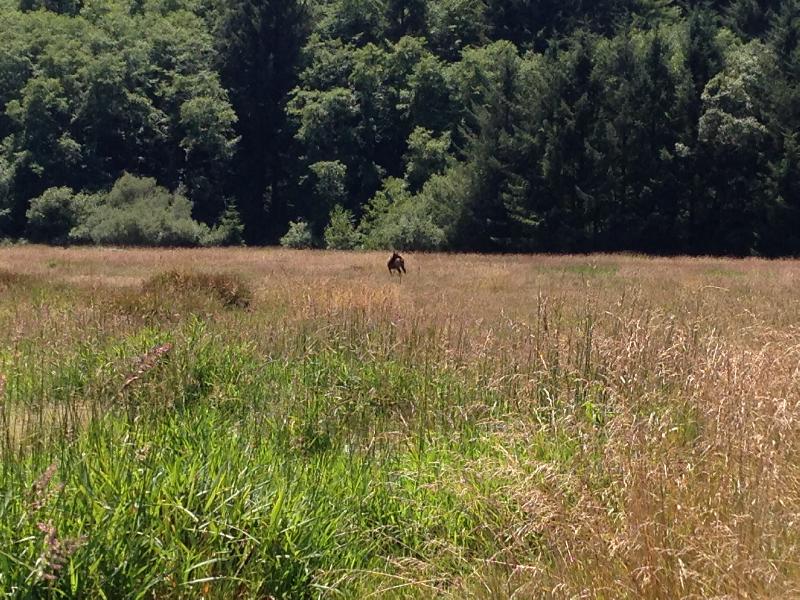 Whew, nothing broken or even badly scraped.

Man, I gotta pee. We cruised by the Paul Bunyon and Babe the Blue Ox parking area. I stopped at the next place I could turn around, turned around, and went back to use the bathroom. Jeanne was also in dire straights as well 🙂 The hand moved and some guy was watching and talking through a loud speaker to kids climbing on his shoes and mucking with the axe. It was a bit cheesy but still cool. We hung around for a few minutes taking a break as well and checking out all the flowers. 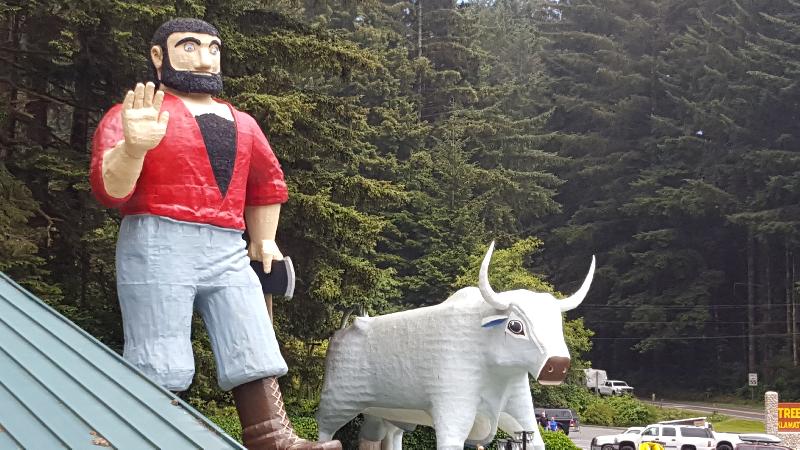 I remember these poppers. I used to squeeze one that wasn’t open yet and pop a little water out of it. 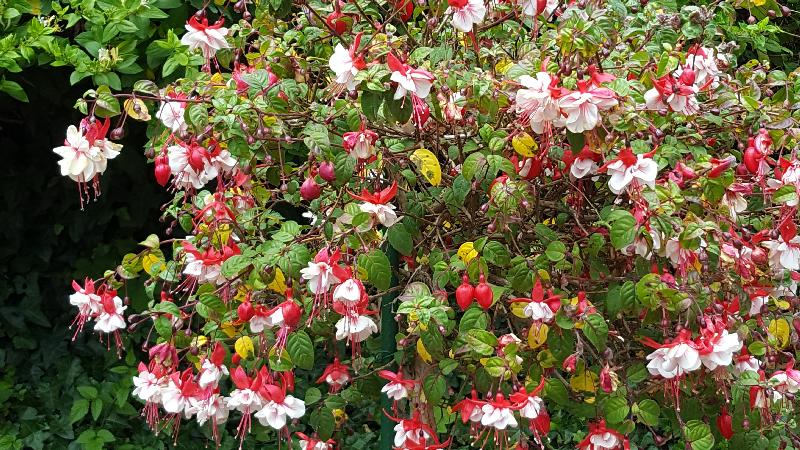 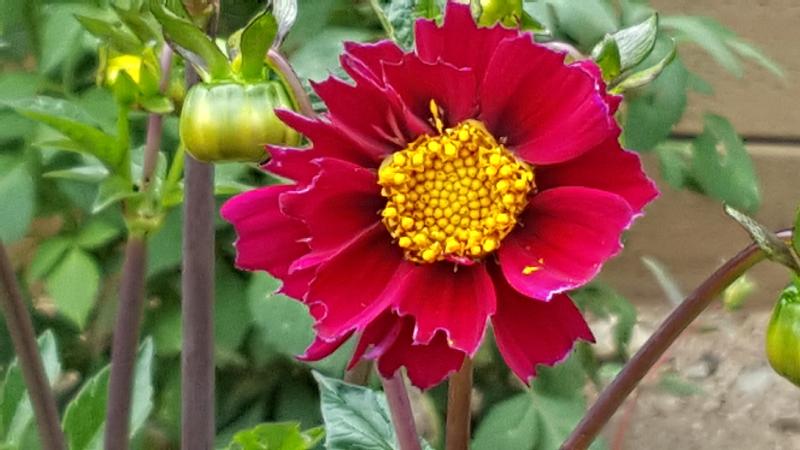 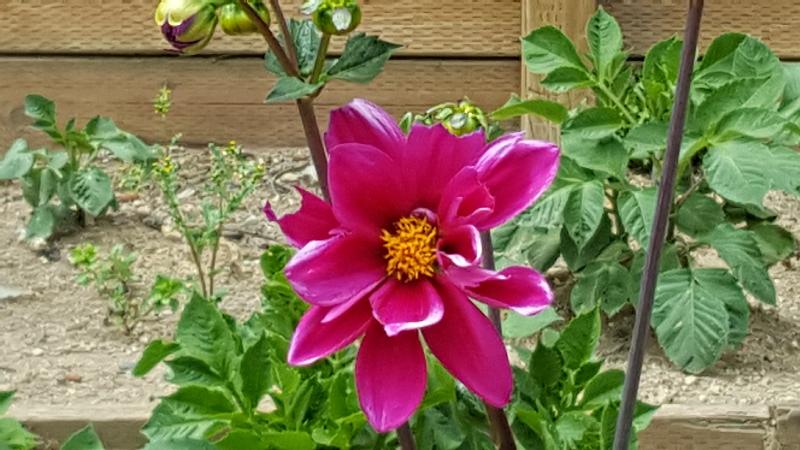 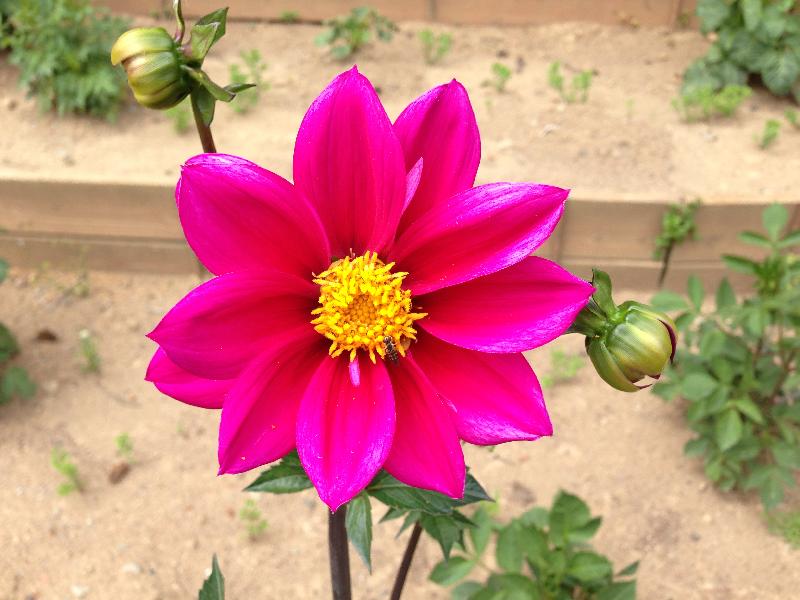 Okay, enough with the pictures, let’s go look at trees! 🙂 We headed out and north to the Redwoods. And of course missed the sign. We crossed the Klamath River and I realized we’d missed it. Check the map and turn around. We took the side road (Newton B. Drury Scenic Parkway) up to the park ranger’s place, then turned around and parked, locked up the gear and went for a hike. We were heading for the big tree but made a right instead of a left. Still pretty cool and we did get to the big tree. We walked back when we reached the dirt road and found the ‘Circle Path’ which took us to the big trees. We continued to cruise up the coast of Oregon with at least one stop at the beach. It was pretty cool temp wise going up the coast running between 50 and no higher than 63 plus the coast was pretty fogged in. It took about 9 hours to get to Coos Bay. We had a meal at Kozy Kitchen, a comfort food type diner. Food was pretty good in general but certainly comfort food 🙂 We discussed the weather in Canada around Jasper and Banff. Per the weather forecast, there was a greater than 50% chance of rain. Since purpose of the trip to Jasper and Banff was to see the mountains, it might be cool but it might also be chilly and unable to even see the mountains or glaciers and it may be raining or even snowing. So we discussed it and decided to head east in Portland. We were already 2 days behind on the schedule, which isn’t a big deal on a trip really. Schedules are flexible and I generally put lots of loops and cut-through paths just in case of issues like the broken leg back home.

So we’re cutting Canada out (even after getting my Passport) and heading to Walla Walla Washington tomorrow morning. We’ll even be checking out Lolo Pass just in case.

And humorously, Jeanne is keeping me honest. No fast food so far this trip 🙂 (I don’t really count IHOP or Denny’s as ‘Fast Food’.)