We got the bike packed up and while Jeanne was getting us checked out, I rolled over to where she was. Since the rain and cold weather gear was packed in various places on the bike, the tank bag was a bit taller than usual. I had Jeanne snap a quick picture to see it’s height relative to the windscreen and me. 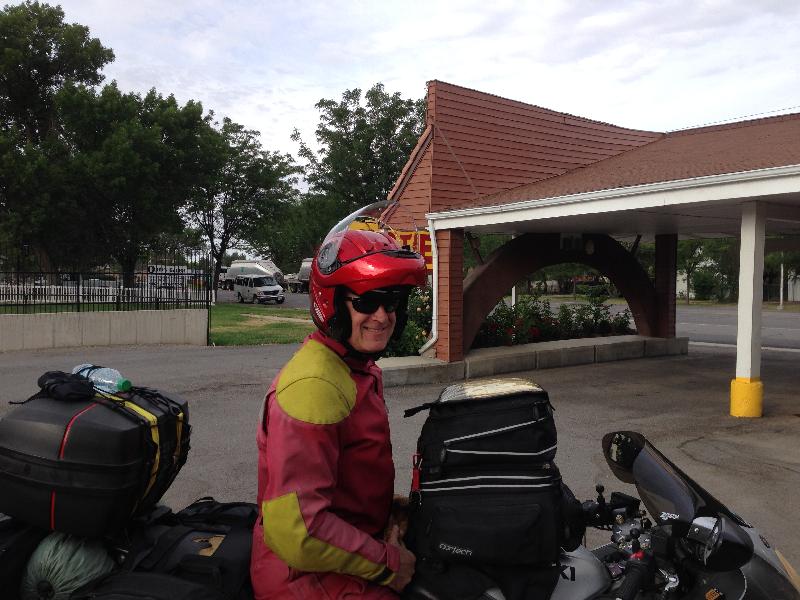 We headed over to Denny’s. The guys at Safari gave us a couple of 15% off discount coupons. Unfortunately we can only use one of them since they’re only good in Nephi. 🙂 While looking over the menu, I was looking for the lighter fare. Most of the offerings were apparently for farmers or something. Food that’d be burned off by lunch. But ahh, in the back I found the lighter stuff. 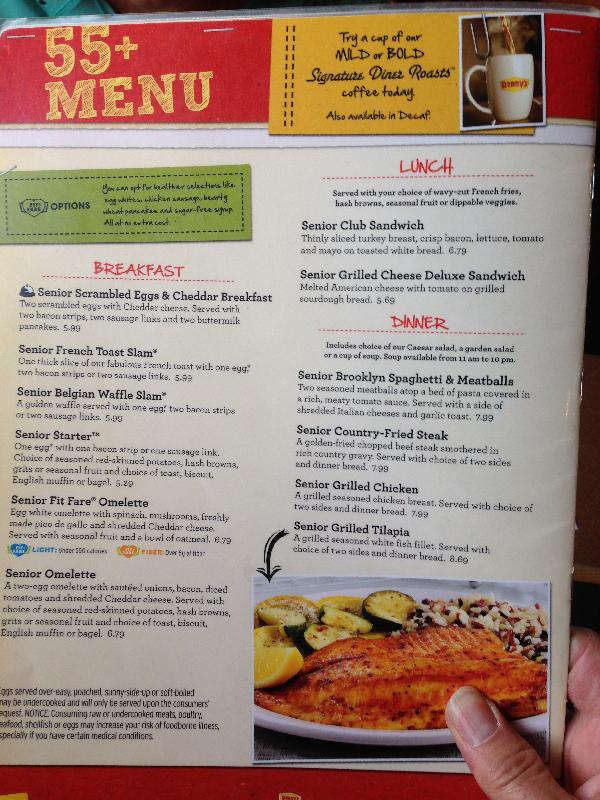 Awwww, it’s the Senior’s menu. Plus they consider 55+ to be a Senior. Awwwwww.

After breakfast, we realized we were already on 89 and anticipated being in Bryce Canyon around lunch. So we took a more scenic route south through the smaller towns down to Salina. Then I70 south and west to get back off at 89 and continue on down to Bryce Canyon. We did a quick stop at The Big Rock Candy Mountain for a snap of the railroad cars. 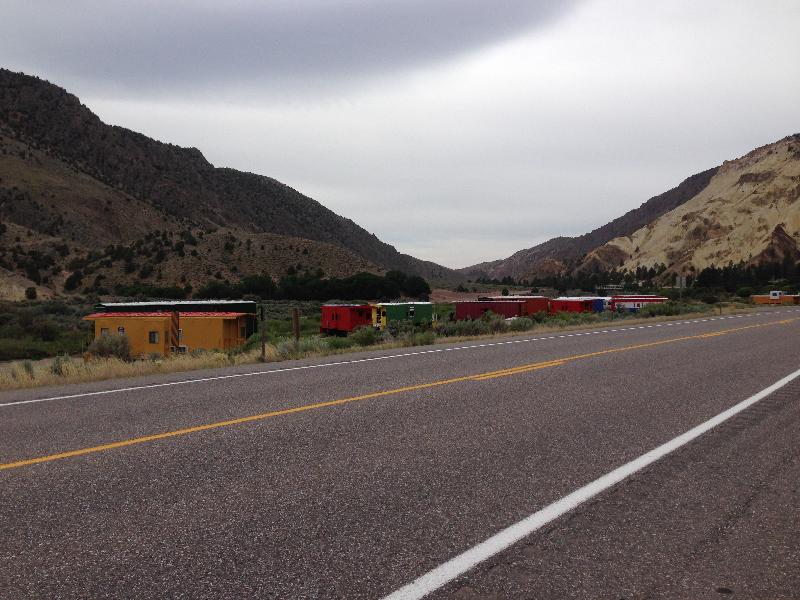 It’s been a touch windy as we headed south. Not like Wyoming but still a touch on the windier side. As we reached the turn for Bryce Canyon, I stopped for a quckie. This was new since the last time I’d been here. 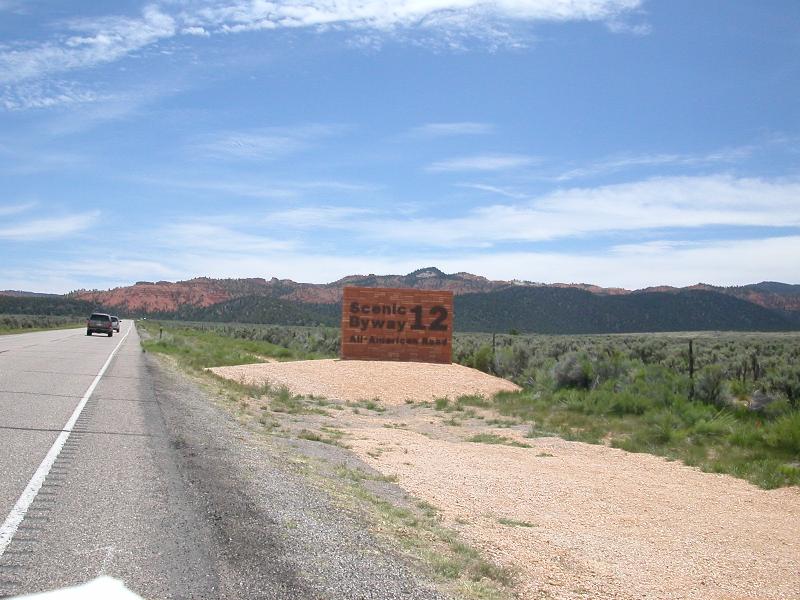 Then we headed up to the entrance for a shot. 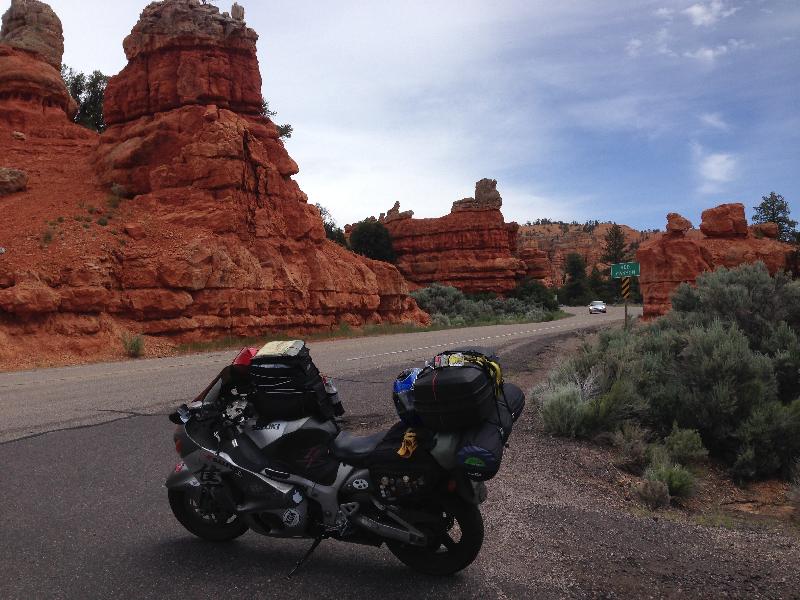 Once settled in, we headed to Bryce Canyon itself. The initial ride up to the plateau was quite fun and very pretty. There weren’t many places to stop so we just kept on riding. Once on the plateau, we headed on down past a few campgrounds and the Bryce Canyon Airport (we stopped to read the roadside blurb about the airport) and then past Ruby’s Inn and to the entrance. This time I paid for a yearly pass since I expect we’ll be visiting other parks over the next year. Then headed on into Bryce Canyon to check out the scenery. 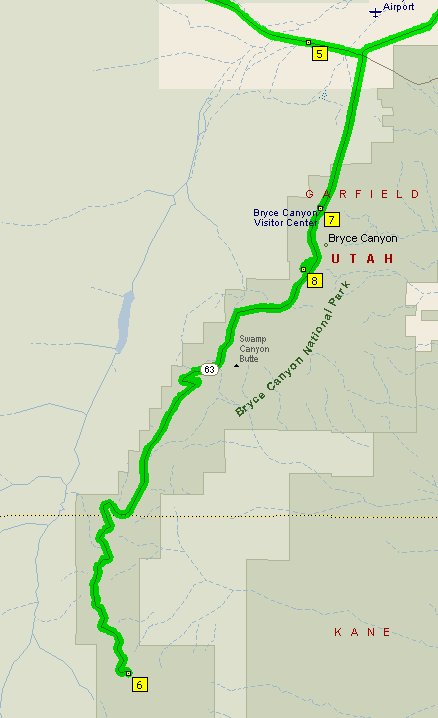 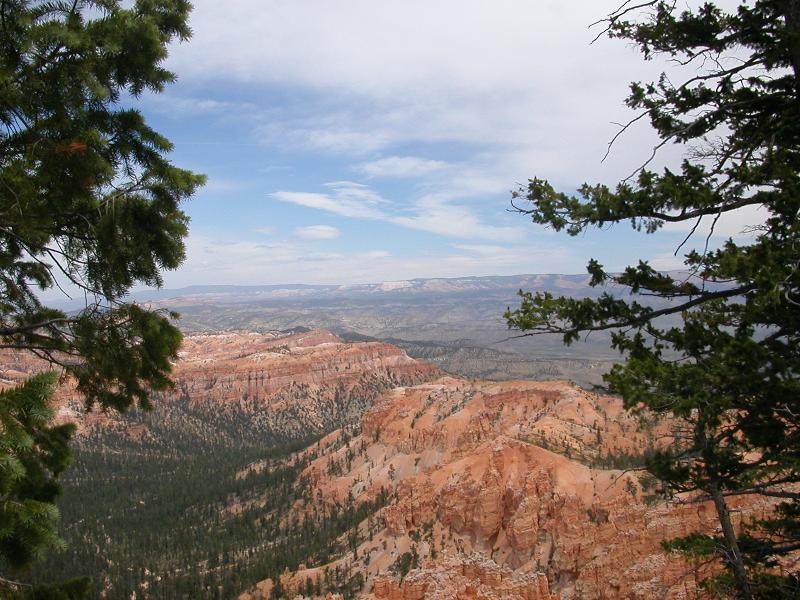 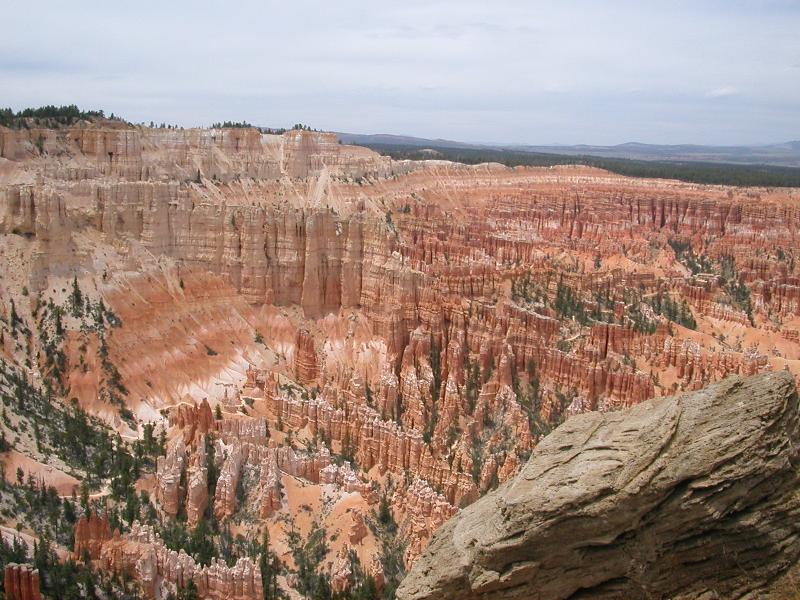 We had checked out the campground on our way by, but didn’t really see an appealing spot. Lots of people, one of the loops being full. After a discussion at the next scenic area, we went back to the site and snagged an available double site. I filled out the necessary information and we went back to drop off the $15 then continued on checking out the sights. 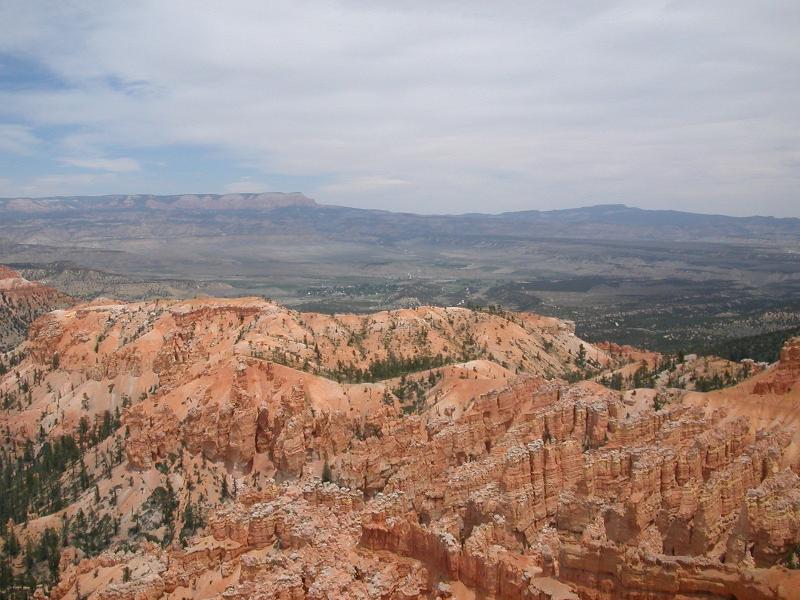 Looking out over that last one, you don’t realize it but the area past the red of Bryce Canyon is pretty far away. After the first couple of pics, I decided to head out to the farthest point and stop on the way back. We stopped at several of the pullouts to get pics. 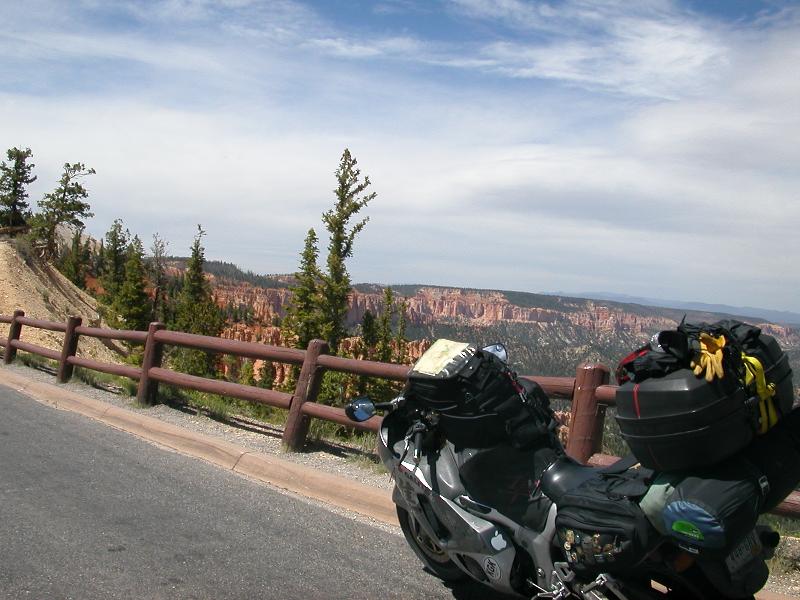 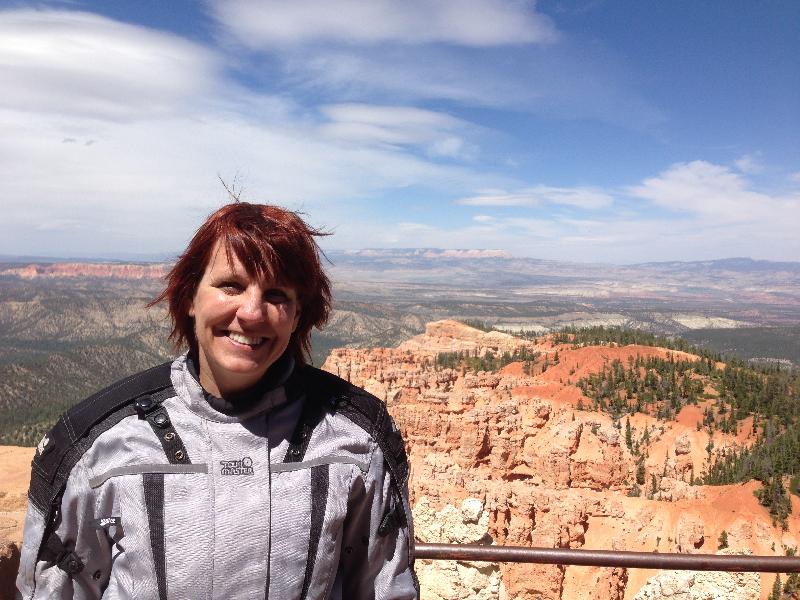 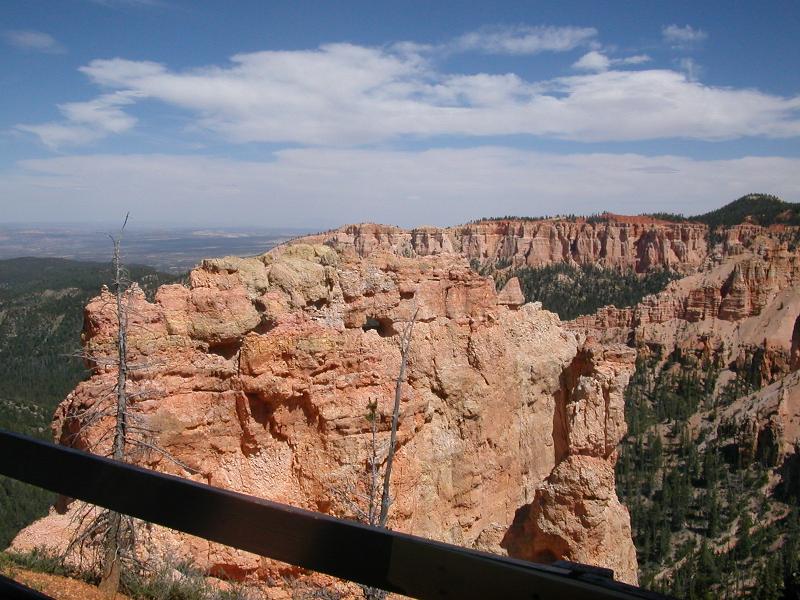 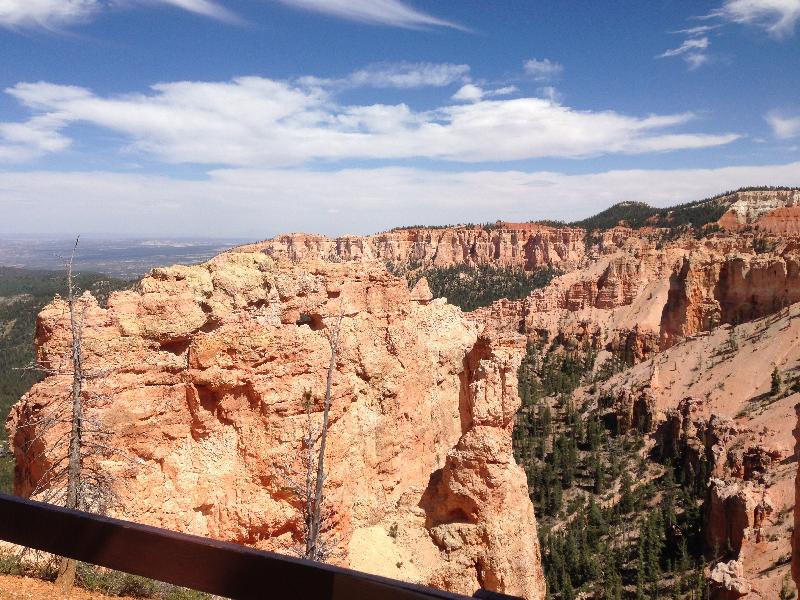 At one of the turnouts we discovered a couple of Ravens hanging about looking for something to eat. Once jumped down and went over to a car to pluck a dead bug from the bumper 🙂 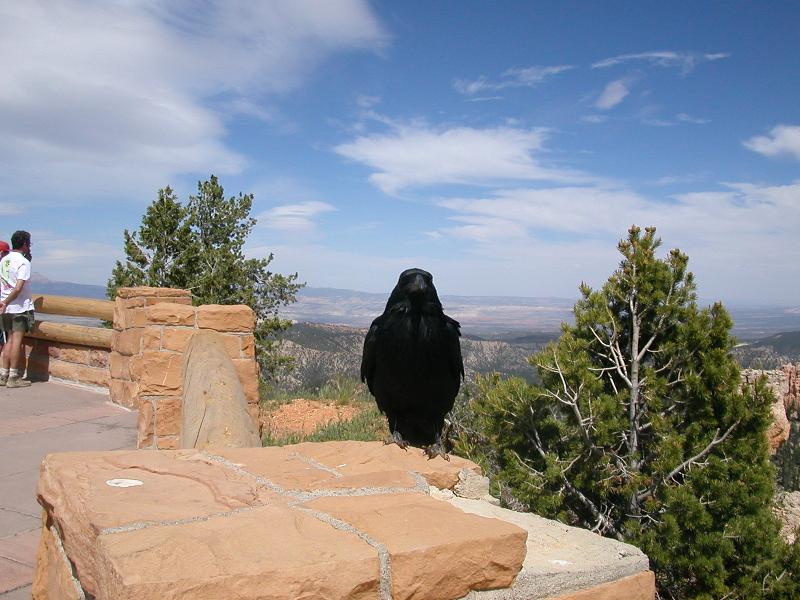 At the Arch pull out, we got the pic of the natural arch. 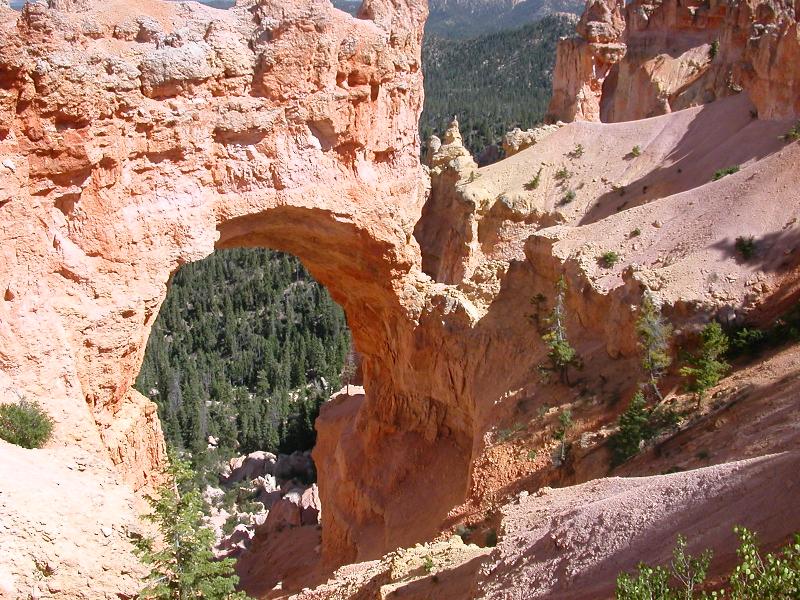 Once done, we headed on out of the park to Ruby’s Inn for dinner. The prices were pretty high and oddly they had a buffet. We opted for that which was okay. Again, I’m not really a fan of buffets. Once done, we finished tanking up the bike and headed back in to the park. We got to our camp site and got set up. 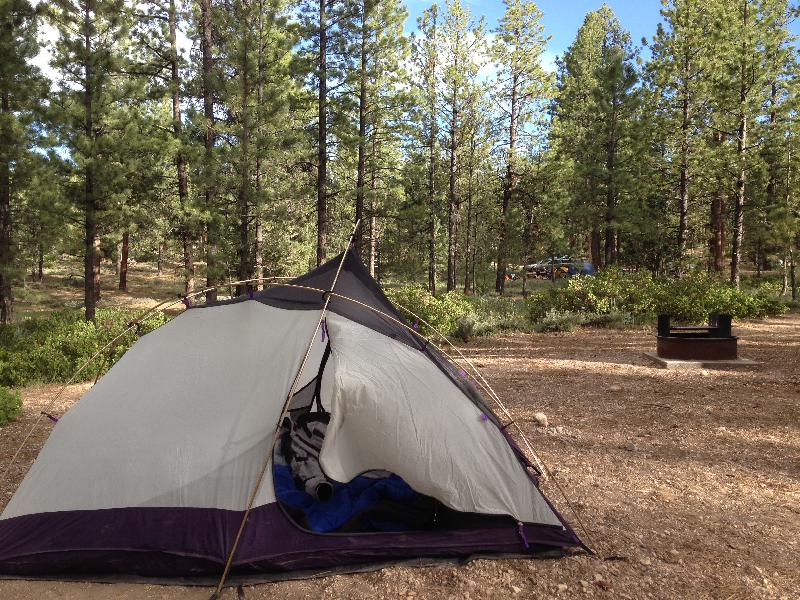 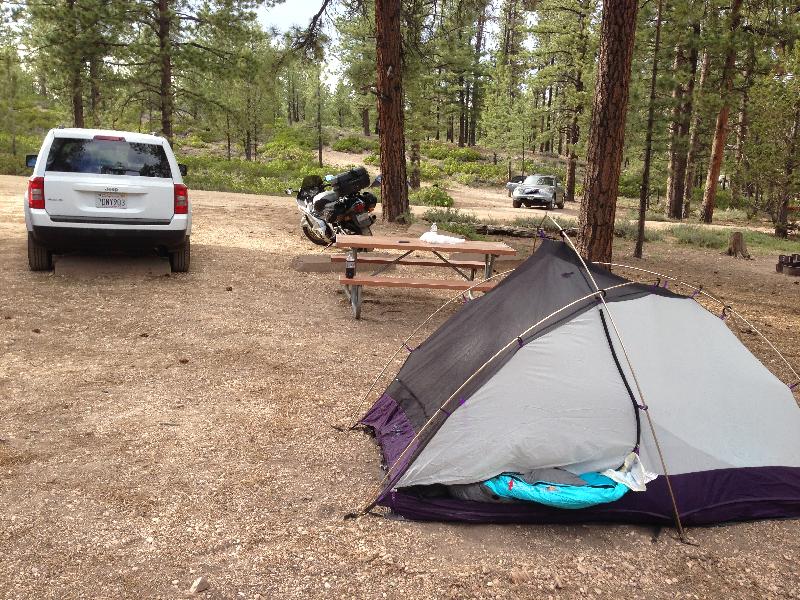 Being a double site, we shared the parking area with some folks who seemed to be from a Scandinavian country. They weren’t loud but they were a little messy with their trash. A couple of pieces floated by. We sat outside to read for a bit and then back into the tent to relax. Since I was playing with Panoramics, I gave one a try for the ceiling of the tent.

It was actually pretty nice in general. I have to say that the pad was just a touch too narrow. I spent my night next to the pad and sleeping on my riding suit. It wasn’t horrible but it wasn’t the most comfortable I’d been either.