Ok, so I had a couple of ideas about this ride. Work requires that all consultants/contractors have to take one week unpaid furlough each quarter (I knew about this back in April). Rita decided she wanted to visit her friend in Tucson and I needed to pick up New Mexico to add it to my list of states I’ve ridden in. Rita’s flying down and when I get to Tucson, we’ll ride around town for a few days then Rita’ll fly back and I’ll ride back.

That means I have to add her helmet to my gear. I also decided that I wasn’t going to camp so I didn’t need to bring my camping gear.

So Saturday morning rolls around. Rita’s taking the bus to the airport. I left the tailbag off of the bike and took her down on the bike. 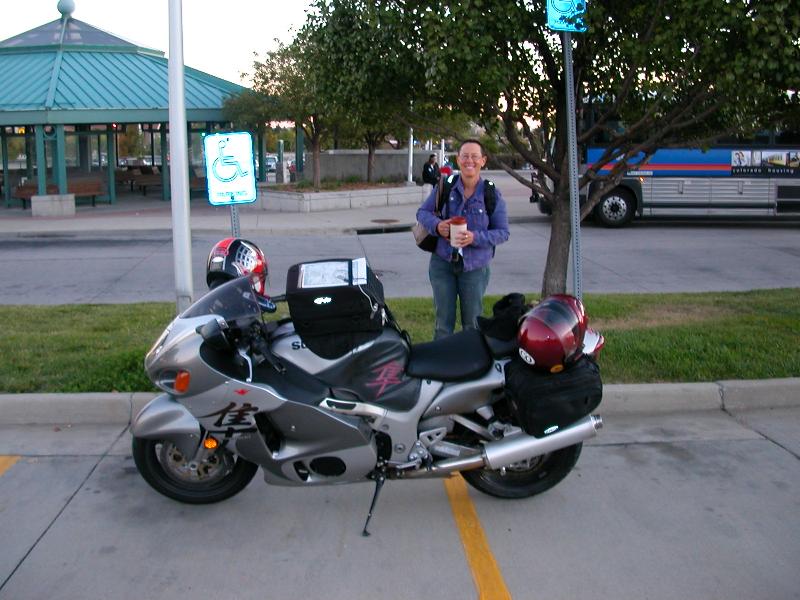 I head back home, put the tailbag back on the bike, shut the garage door (right on a couple of bungies; eh 🙂 There’s a guy down the road that rides a BMW. He was heading by just as I was gearing up. He stopped briefly. He was heading down to the weekend BMW group breakfast in Morrison. Hmmm, heading to Morrison sounds good anyway. It’s a regular meeting spot for weekend rides. I said I was heading out towards Arizona which he thought was pretty cool. We exchanged “ride safe”‘s and he headed off.

Now I was planning on heading south to Albuquerque and farther south to 10 then over to Tucson but I was also interested in a more relaxed touring ride, making turns where I wanted to make them and taking off on tangents when I saw something interesting. 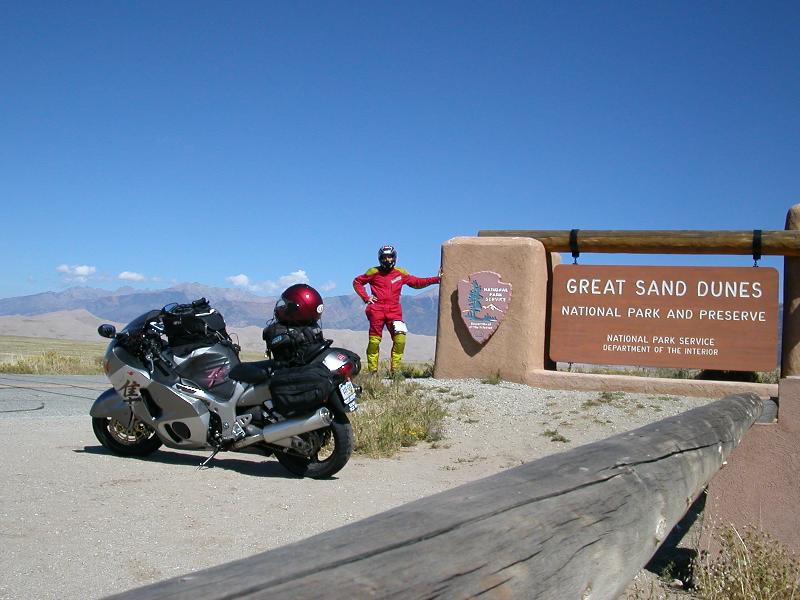 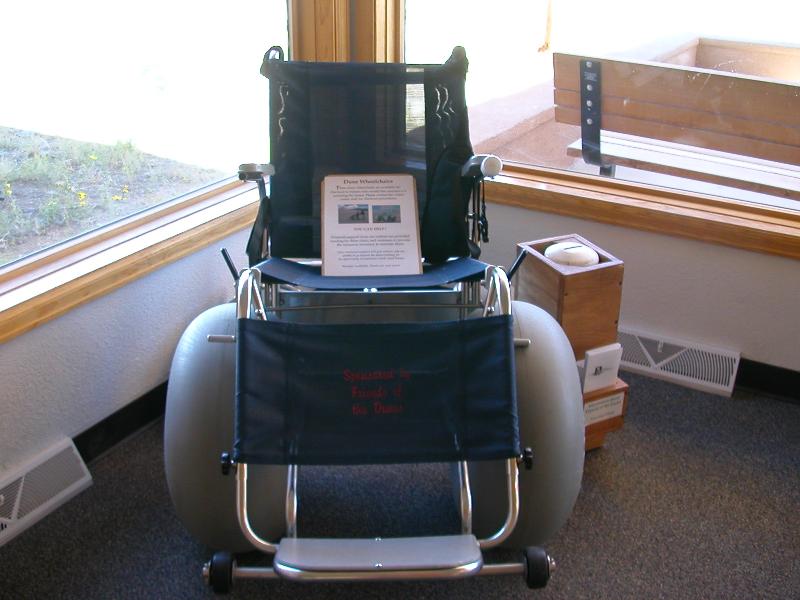 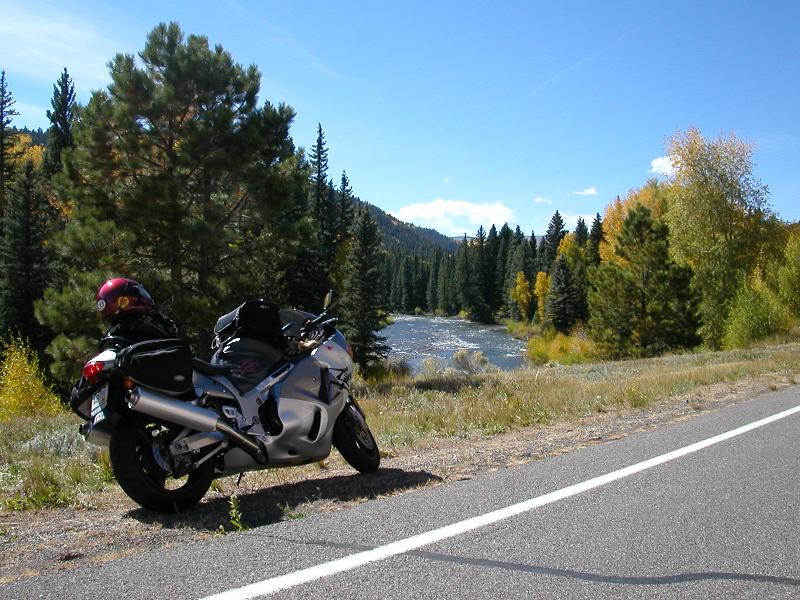 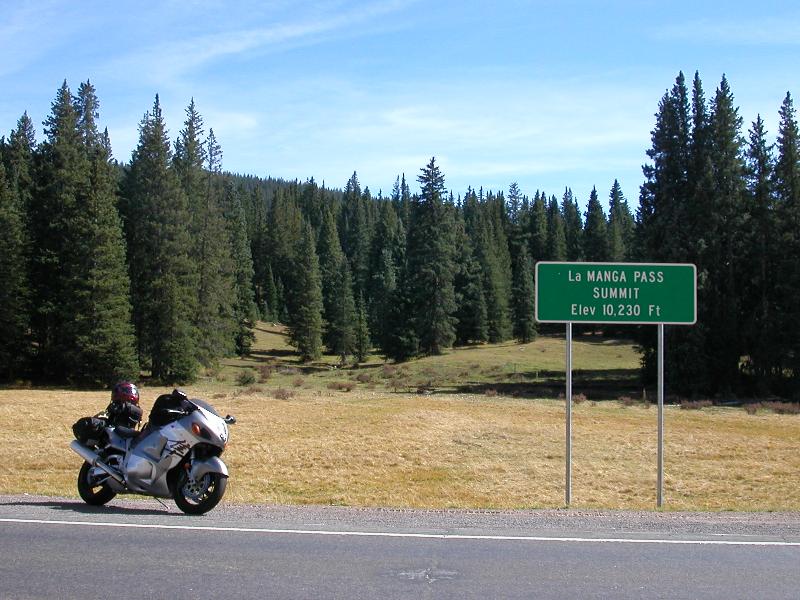 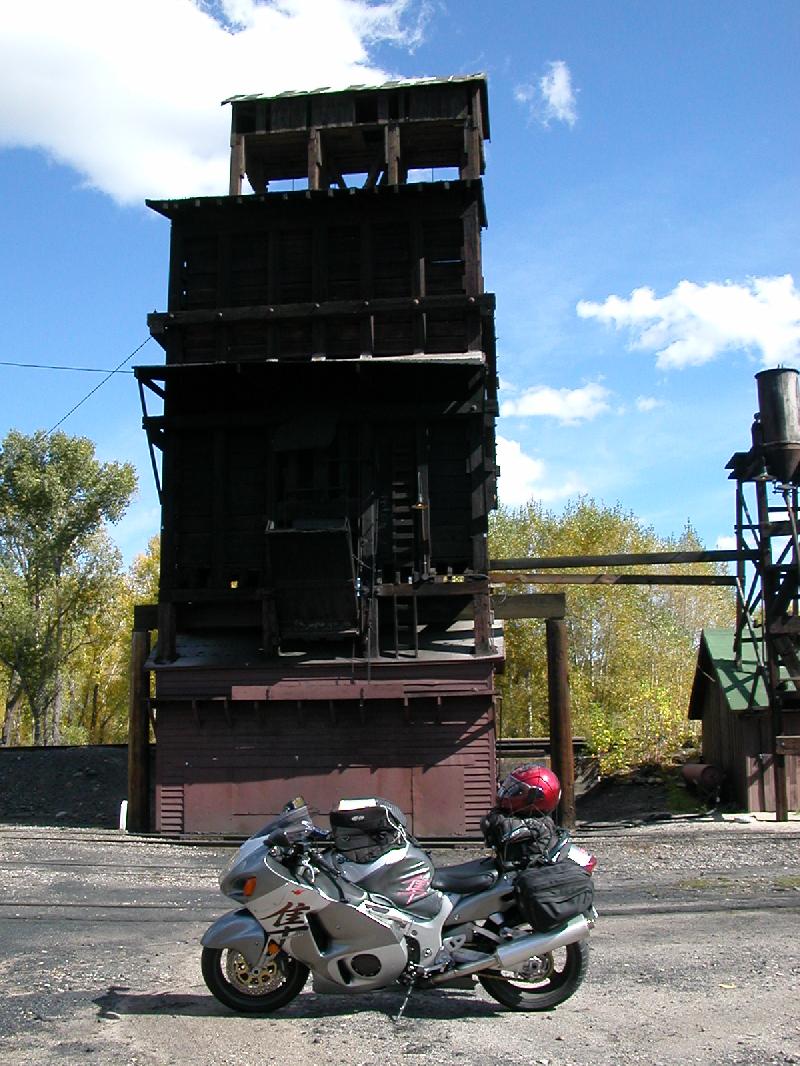 This entry was posted in 2005 - Riding to Tucson. Bookmark the permalink.