Black Friday. I planned on heading down to the local guitar shop (Guitar’s Etc in Longmont) since the email they sent out said they had some good deals. I had my eye on a BC Rich as I wanted a metal toned guitar in my collection. I also had a fund limit (generally budget+$100 or so per usual ). Todd (the owner) pulled it down for me and started tuning it up. Since it has a locking nut, he loosened things up but the nut on the lowest two strings came totally out and with the customers he had coming in, he was having a hard time scurrying back and forth between the cash register and the guitar. In the mean time I was looking for a second BC Rich. He had a few but not the same as the one I was looking at. In the same area he had a few Dean guitars and a Flying V caught my eye. “We just got that in this week, let me check the sale price.” He pulled it down for me and complained a bit when he wasn’t able to get to his web site from his phone so he had to get back to the desk to look up the prices. While he was checking, I ran through some quick tunes I’d been playing. He had it on a Line 6 amp so I changed up the various presets and played with the two pickups and tone knob. The neck felt good in my hand and it felt pretty playable. Without a strap it was pretty awkward though. At one point I had Jeanne hold up the neck so I could play it 🙂 He came back with it $300 off his price (he matches the online places like Zzounds pretty closely; it’s one of the reasons I buy there if he stocks the gear). Since that fit in my price range and it felt and sounded good, I was good with it.

I got it home and attached the strap locks to my strap however the neck one failed to seat in the guitar (I do like the recessed seats a lot better than the posts let me just say). I tried the post in the one by the plug and both worked fine. I called the store and brought the guitar back. Todd and one of the techs removed the neck seat and the screw was very long, it seems like it could reach the fretboard with just a few more turns. The tech took the screw downstairs to the shop and trimmed off the last three threads and brought it back up. That did the trick and the strap lock seats perfectly now. 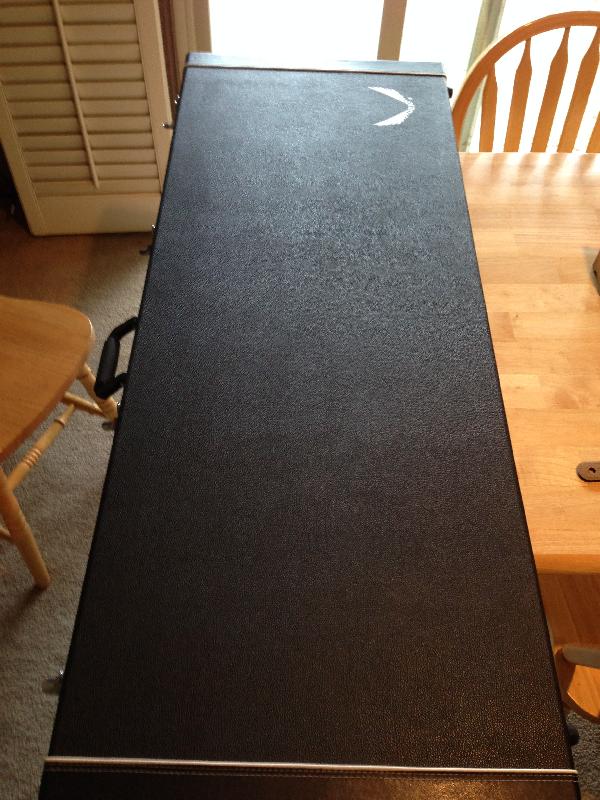 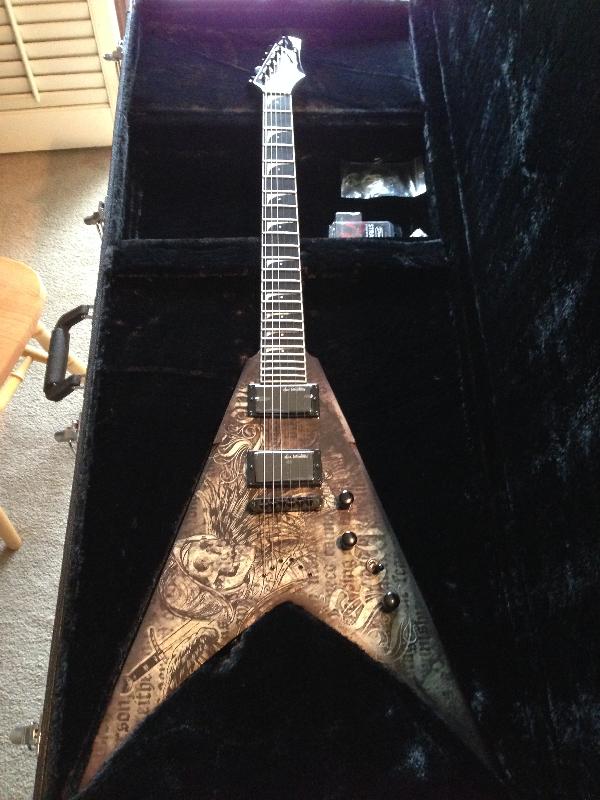 And video. I had Jeanne take video however I was concentrating on the song so didn’t turn so you can see the guitar. Leave it to the pics

Tom Petty’s I Won’t Back Down

I had a few comments that with a Metal guitar, I should be playing something a bit harder 🙂 Plus my aunt complained that I didn’t smile enough. I am concentrating on playing so there’s that.

I have to say the guitar feels really good. Weight isn’t too heavy, sounds great, the neck feels tight. I really like this guitar.

This entry was posted in Music. Bookmark the permalink.