I must say, the bed at the hotel was probably the worst night’s sleep I’ve had in some years. I was tossing and turning and getting up and laying down. I was tempted to grab the top cover and wrap up in the chair or on the floor.

Okay, food at this place is pretty mild in general. We had the breakfast buffet. They supply some condiments so you can add spices but marinating the steak last night might have been good. It was like they simply cut a slab off the cow and cooked it. The chef was nice enough though.

We had a discussion this morning over breakfast about the Resort as well. $700k would be about double our current house payment (either of us; although we don’t know how such business type loans would go of course). We estimated about 10 folks working there, a 100 room motel, several cabins, four wheelers, paddle boats, BBQs, and even dual gas pumps.

We’d be curious as to what the expenses vs income plus clientele, how many per month, how’s it work in the winter months, what assets and debts come with the purchase, what maintenance needs to be done, and the big question;

Why are you selling?

I did want to bail and be home before it was too late. It’s a straight run down the mountain to 90 and then south on 25 home but it’s a fairly long and uninteresting ride through Wyoming.

As we checked out, I commented that it looked as if no one has cleaned under the front of the toilet seats. It was a quarter inch wide layer of dark yellow grime. I was trying to describe it and Jeanne told me to stop as the woman hadn’t had breakfast yet 🙂

Heading down the mountain was interesting. Nice and fast in general however there were fallen rocks and gravel in several turns keeping me on my toes again.

Coming out on the straight, we headed on to Dayton, then out to 90 and headed south.

Generally a basic freeway ride. I did miss the cutoff for 25 so had to loop around at the next exit. Then we basically rode for 2 hours to Casper before filling up.

Casper to Wheatland for gas. Then Cheyenne again for gas. As we got to Colorado, we stopped for a photo shot at the sign then continued on. 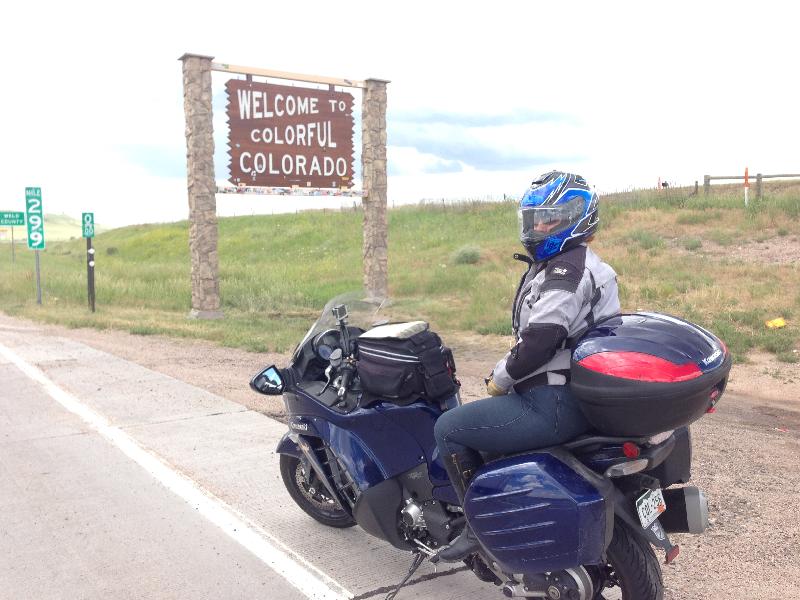 Somewhere near Ft Collins, it started sprinkling and then raining. I raised the windshield and tucked my knees in and basically kept dry. Jeanne tucked in behind me. Since it was only a few miles of rain (including some pretty heavy bits), we simply pushed on through to the other side. The bike does pretty well in keeping most of the rain off.

We were watching the gigantic rainstorm that seemed centered over Longmont. At the turnoff for Longmont (66), I could see it was just a touch south and that we might get the tail end of it. We did get a few drops but generally missed the bulk of the rain. 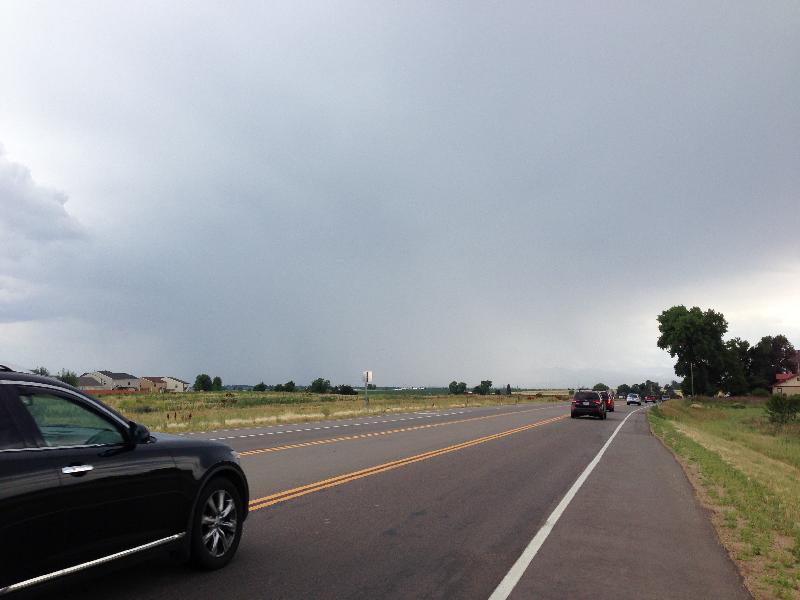 Pulled into the driveway, got a couple of final shots of the bike, pulled in, unpacked, started the laundry, took a shower, and grabbed dinner. 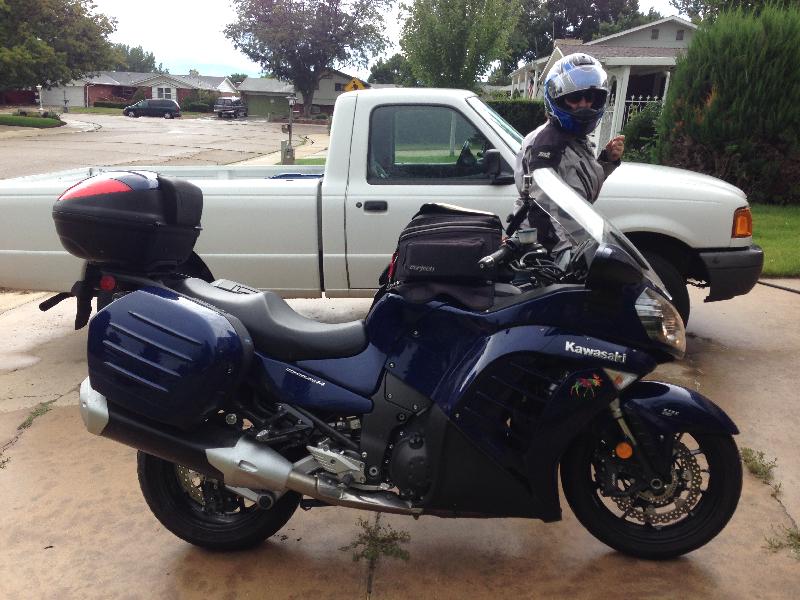 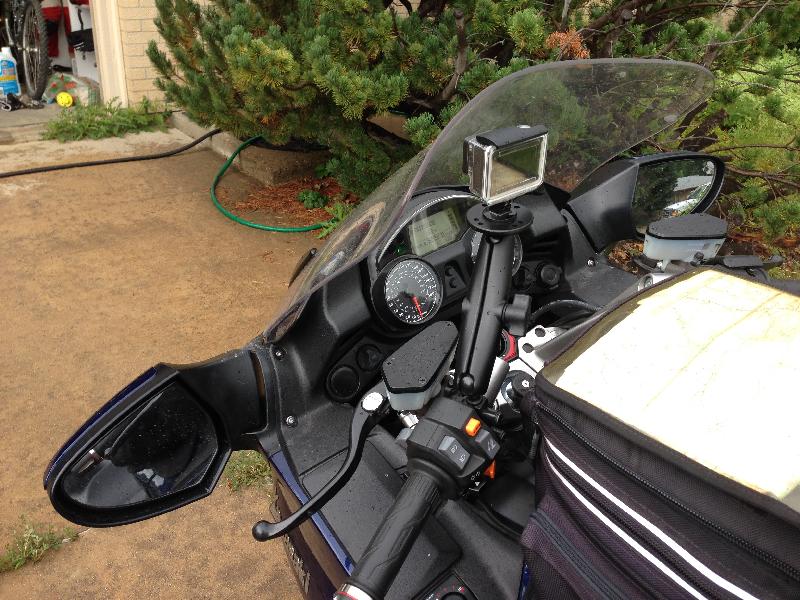 I’m importing the pics from my iPhone and have 90 gigs of Video (103 files) from the GoPro. I’m trying to get Jeanne’s pics as well but the Android doesn’t appear to work well with Windows 10. I had to run the troubleshooter in order to recognize the GoPro and I’ve run it again for Jeanne’s Android. I’ll be rebooting here in a sec to try and get her pics.