The previous weekend was such a nice ride down the new Central City Parkway that I wanted to make the run again. On top of that, the Mile High Busa Owner’s group wanted to make a run. Excellent. I combined the two wants and had a great day of riding. 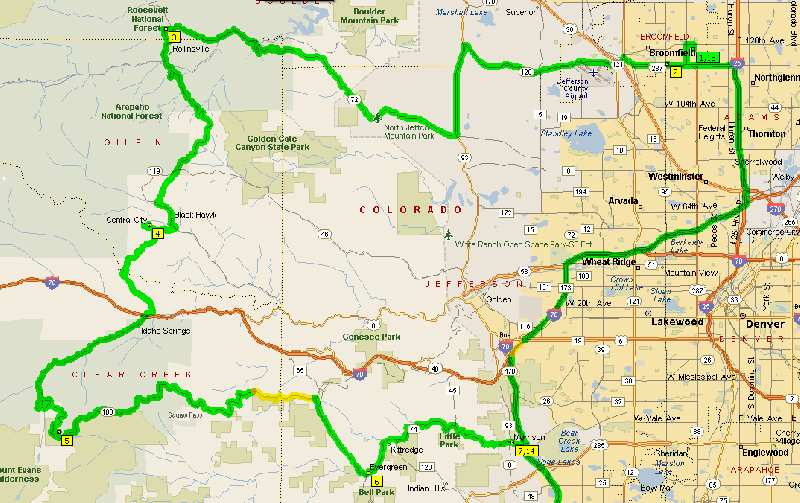 First, a quick note. The mapping software doesn’t know about the Central City Parkway so it picked a different route. I actually came out a little east of the Mt. Evans exit and had to make a short run west on 70.

I advertised briefly that I planned a morning ride up 72, down 119 and on the Central City Parkway with a possible run up to Echo Lake. Followed by a ride down the Evergreen Parkway into Morrison. I posted this ad to two forums. The sport-touring.net board and the milehighbusaowners board. The last time I advertised for riders, I got a grand total of me. But I’d advertised a day earlier so I really didn’t expect much of a turn out. This time I expected maybe one or two others so I bailed out of the house at about 7:45 since the meeting place was pretty close by. Even so I got there at 7:50 and had to hang out after topping off my tank.

By 8:10, the designated departure time I had my riders. Here, let me show you a picture. 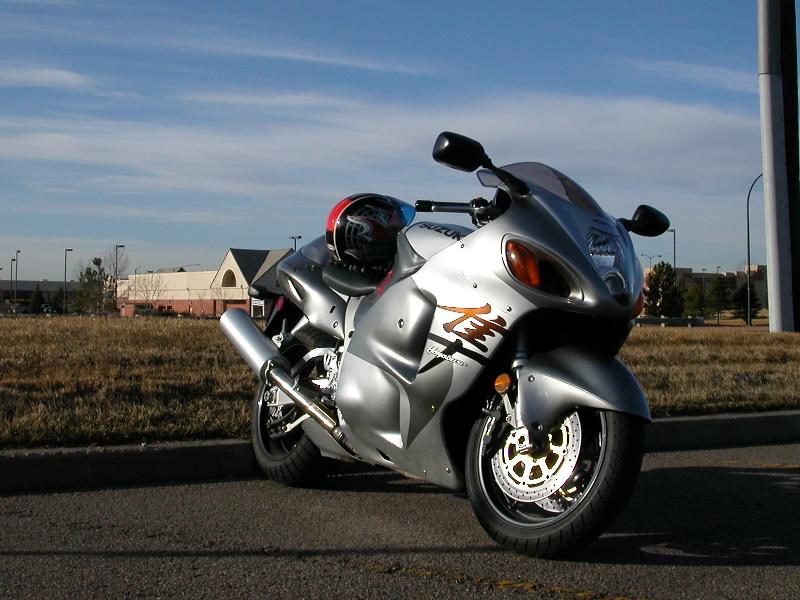 That’s right. Me again. Oh well, no big deal. I wanted to try some of the turns at my own speed anyway 🙂

This entry was posted in 2005 - Ride to Echo Lake, Motorcycle Trips. Bookmark the permalink.